Joe Mixon is a rising American football player. He has been playing in the National Football League for the Cincinnati Bengals. Mixon plays as a running back for his team. Bengals drafted him in the 2017 NFL draft. Joe was named into the First-Team All-Big 12 Team in 2016.

Joe Mixon was born Joseph Tyler Mixon on July 24, 1996, in Oakley, California. He is the son of John Mixon and his wife, Alise Mixon. Much about his parent is still under the radar. Mixon graduated from Freedom High School and enrolled at the University of Oklahoma. Joe stands six feet and one inch tall and weighs 100 kg.

Joe Mixon's Career in the NFL 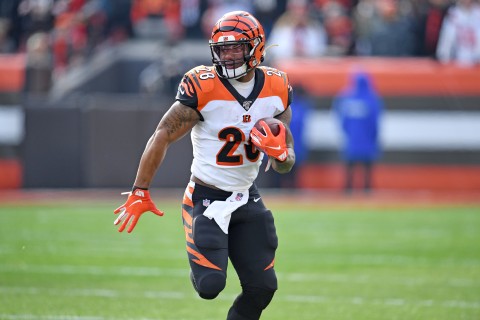 Joe runs towards the goal line in an NFL match SOURCE: Stripe Hype

Joe committed to play for the University of Oklahoma. He was out from the game in his initial days after a misdemeanor assault charge in October 2014. In the 2015 season, Mixon averaged 6.7 points for rising and 12.7 points in receiving end. The following season, The player rushed 1,274 yards with 14.5 points on average. He forgo his junior and senior years and listed his name for the 2017 NFL draft. Cincinnati Bengals drafted him the second round overall 48th pick.

Joe did not have an excellent start to his professional career. He played in fourteen games and started in seven of them. The second season turned out to be one of his best seasons, rushing over 1,168 yards and averaging 6.9 points in receiving end. Mixon is having a decent professional career with the Bengals.

Joe is very private about his love life. He has not shared a word about his girlfriend and relationship status. Mixon is believed to be single as of 2021. Although there are numerous rumors of him dating, none of them have been shared in the public. Joe has had many ups and downs and numerous allegations were settled.

Joe Mixon has an estimated net worth of more than $10 Million. He has earned most of his net worth through his career in the NFL. In June 2017, Joe signed a four-year, $5.45 million contract with $2.81 million guaranteed and a signing bonus of $2.10 million with the Bengals. 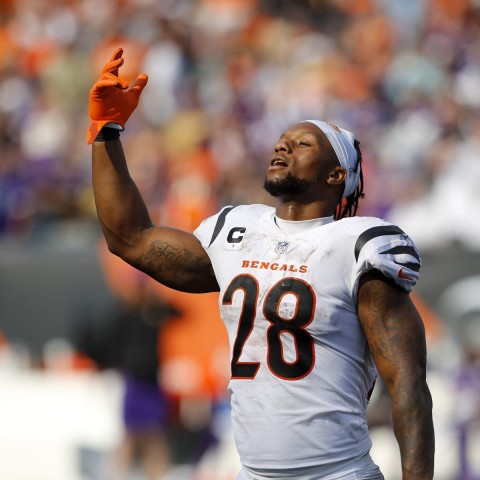 Joe tries to relive the moment of winning the game SOURCE: Sports Illustrated

In September 2020, His contract almost expired, and Mixon signed a four-year, $48 million contract extension with the Bengals through the 2024 season. As per the contract, Joe will receive an annual salary of more than $10 Million. Torry McTyer is also an American football player who plays for Washington Football Team in NFL.