Gossip Who is Nicholas Nick Chubb Girlfriend Now? Find Out The Relationship Status of Nick

Who is Nicholas Nick Chubb Girlfriend Now? Find Out The Relationship Status of Nick

When a long relationship ends, we avoid making the same mistakes again. Nicholas Nick Chubb, the NFL athlete, held a long affair with his ex-girlfriend. However, Nick and his former lover broke up and walked different paths. The duo adapted to the new setting as their love transitioned from high school to college. But ultimately, things went south for Chubb and his partner.

Much about the American Football star and his ex-girlfriend stays hidden from the public. But Nicholas comes from a family filled with athletes. Nick's siblings, father, uncle, and cousins played football during college. But only his cousin, Bradley Chubb, and Bradley's brother Brandon Chubb managed to play for the NFL.

Nicholas Nick Chubb appears to be single, but could he be dating away from the spotlight?

After he broke up with his long-time girlfriend, Nicholas Nick Chubb kept his lovelife away from the media. Also, it appears as if Chubb stopped looking for a new woman. But, as they say, never judge the book by its cover; Nicholas could be dating someone away from the limelight. It's not a big shocker that Nick would prefer to keep his relationship hidden from his fans. 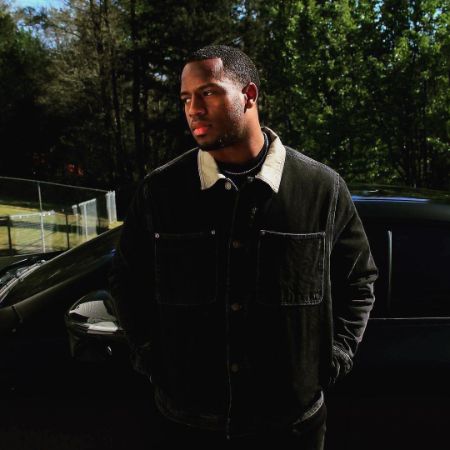 The Cleveland Browns running back likes to keep his football life and personal life distant from each other. And so, Nick could have found someone to be his woman, but he wants to keep that info to himself. And so many of his fans believe the NFL star to be single, given the lack of information about Chubb's love life.

However, there is one former girlfriend the fans know. And Nick dated her during his high school years to college.

Unlike movies and fiction, high school romance rarely lasts till college, and Nicolas Nick Chubb dated his high school gal till he reached college. And the name of the said woman is Laci Shaw! Nick and Shaw started dating during high school. However, those days have been forgotten by Chubb and his ex-high school sweetheart, Laci. Although the duo lasted to college, Nick and Laci broke up.

Both Laci and Chubb attended Cedarton High School. And according to various online sources, Shaw was a cheerleader at school, and Nick was on the football team. Chubb and Shaw spent their high school year as a jock and the cheerleader couple.

After graduating high school, Nickolas and his then-girlfriend enrolled at the University of Georgia in 2014. And around that time, Laci and Chubb decided to end their relationship. And Shaw's presence on her social media during that time has disappeared.

Shaw is happily in a new relationship with Carson Googe

As of 2022, Laci Shaw is in a new relationship with Carson Googe. Carson and Shaw started dating a while back. Laci became Googe's girlfriend before her graduation in 2018.

After almost half a decade, Nicholas Nick Chubb's ex-girlfriend and Carson, her new partner, have yet to take the next step in their relationship. For now, the couple appears to be content as boyfriend and girlfriend.

Laci may think about her high school flame once in a while behind closed doors, but she never publicly talked about the NFL star. And like Shaw, Chubb respects her wishes and never brings her up after the split.

Nick Chubb is more focused on his career.

After his public relationship with Laci Shaw, Nicholas Nick Chubb remained focused on his career. After the breakup, Chubb keeps his love life out of the year shot and only talks about his training and matches on his Instagram. 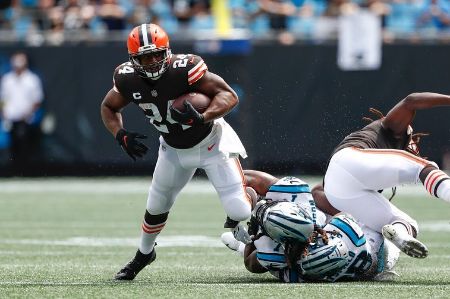 Nick currently plays as a running back for Cleveland Browns. And the talented American footballer was drafted in 2018 in the second round and the 35th pick. And from his career in the sport, Chubb gained half a million followers on his Instagram account.

And as of 2022, Nick of the Cleveland Browns owns an estimated $20 million as his net worth. Chubb sided with the Browns as the team offered a three-year contract and $36.6 million. Similarly, Nicholas earns an approximated $12.2 million annually.