Torry McTyer is an American football cornerback who is signed to the Washington Football Team of the National Football League (NFL). He finished his collegiate career at  UNLV before signing with the Miami Dolphins as an undrafted free agent in 2017. Also, he has played for the Kansas City Chiefs and Cincinnati Bengals.

Los Angeles, California native, Torry McTyler was born on 10th April 1995, under the star sign Aries. The twenty-six years holds an American nationality and is of Afro-American ethnic background. He stands 5 ft 11 in (1.80 m) tall and weighs 188 lb (85 kg). He is the son of former NFL cornerback Tim McTyer.

How Much Is Torry McTyer's Net Worth In 2021? Salary & Contract

Torry McRyer is a family man. Currently, he lives with her girlfriend and their son. 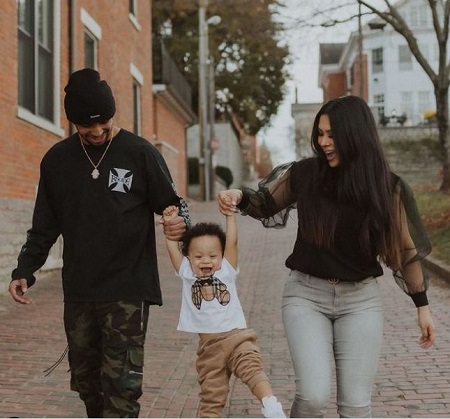 Torry McTyer with his girlfriend and their son SOURCE: Instagram @theetorrymctyer

McTyer spoke about his girlfriend in various interviews but has not shared any details. Seems like he wants to show the public that he is committed as well as want to keep it low.

He shared every bit of his son in his IG highlight story.

A three-star recruit, McTyer signed to UNLV for his collegiate football career over California. In 2016, he started 11 games at cornerback for UNLV and concluded the season with 49 tackles, 15 passes defended with 3 interceptions.

At the 2017 NFL Draft, he remained undrafted.

On 5th May 2017, McTyer signed to the Miai Dolphins as an undrafted free agent. On 31st August, he was waived by the team.

On 3rd October and 10th October, McTyer was elevated to the active roster of Bengals for the team's weeks 4 and 5 games against the Jacksonville Jaguars and Baltimore Ravens. After that, he was reverted to the practice squad after each game. On  January 11, 2021, his practice squad contract expired after the season.

On 12th January 2021, McTyer signed with the Washington Football Team.