James Arthur Boeheim, popular as Jim Boeheim, is one of the legendary figures of basketball who currently serves as a head coach at Syracuse University. Previously, he played at Syracuse, alongside future NBA Hall of Fame Dave Bing. Jim won the NCAA Division I Tournament with Syracuse Orange men's team in 2003. He was awarded the AP Coach of the Year and NABC Coach of the Year in 2010.

As of 2022, Boeheim's net worth is estimated at $12 million. He has married twice in his life. Currently, he is living a blissful life with his second spouse, Juli, and is blessed with four children together.

Jim Boeheim Net Worth and Salary

Jim Boeheim has an estimated net worth of $16 million in 2022, including all of his properties and incomes. The Orange men's basketball coach is paid $3 million per year, which ranks him No. 30 among coaches, according to USA Today. In 2017, his earnings were $2.6 million in total compensation including a salary of $2.3 million and a bonus of $50,000. Jim was Syracuse’s highest-paid employee in 2017.

Duke coach Mike Krzyzewski is currently the highest-paid coach in college hoops with an annual salary of over $7 million. He has made an immense amount of fortune through his professional career. His dedication and devotion provided him a fortune amount of wealth.

Personal Life of Jim Boeheim; Who is he Married to?

Jim Boeheim married twice in his life, He first tied the knot with his girlfriend, Elaine Boeheim in 1976 in a ceremony held in a big mansion. But their marital life lasted only for about one and a half decade long.

They separated in 1993 and the divorce was finalized in 1994. The ex-couple has an adopted daughter, Elizabeth Boeheim who completed her master's degree from the University of Montana and is currently living with Elaine.

After splitting with Elaine in 1994, he started dating Julie Greene and the couple got married in a ceremony in 1997. 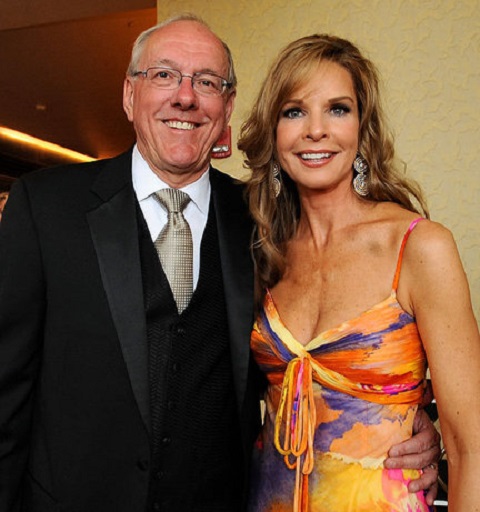 His current wife Juli Boeheim is 20 years younger than him. They first met each other at a party in Lexington on Derby Day in 1994. 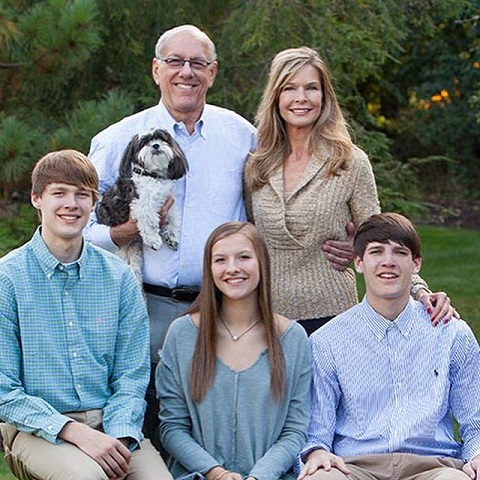 Jim Boeheim and Julie Boeheim are the philanthropist and believe in charities and social work. They are the fundraiser for cancer patients. In 2009, the husband and wife, founded the Jim and Juli Boeheim Foundation to expand their charitable missions and services in New York.

Besides his career and social work, he made an appearance in the movie named Blue Chips, alongside Nick Nolte and Shaquille O’Neal.

Most recently, on 20 February 2019, a Syracuse basketball coach fatally strikes a man on an interstate with his car, in which he hit and killed 51-years-old Jorge Jimenez. According to the source, the misfortune was reportedly a result of a disabled car being in the middle of the road in bad weather.

Furthermore, field, speed, and sobriety tests were conducted by police, and Boeheim was cleared of any lawlessness in the incident.

Jim Boeheim was born on November 17, 1994, in Lyons, New York, the United States. This makes his age 74 at the moment. Regarding nationality, he is American and her ethnicity is white.

Born in the mid of November, his zodiac sign is Scorpio. His mother Janet was an outstanding golfer. Jim used to play different games with his father Jim Boeheim Sr. when he was a child.

Jim Boeheim attended Lyons Central High School where he played basketball for his school team. He then attended Syracuse University and received a degree in social science. After graduating from Syracuse, he played professional basketball with the Scranton Miners of the American Basketball League, during which he bagged two championships and was the second-team all-star (SU Athletics).

Previously, Jim Boeheim stated he took retirement in April 2018. However, in March 2017, his contract was extended beyond the 2017-18 season.

Also Read: How Much is Bob Knight's Net worth? Know in Details about his Salary, Career, and Awards