Sports have earned a lot of fame and money to the players, and today we are going to talk about the popular American professional basketball coach and former player Metta World Peace. 38-year old Metta was formerly known as Ron Artest, before changing his name in September 2011.

Metta currently works as the player development coach for the South Bay Lakers of the NBA G League. Along with his playing and coaching career, Metta is successful to earn the estimated net worth of $36 million.

Net worth and Salary of Metta World Peace

Metta in his 18 years of playing career has played for 8 teams so far. Metta born as Ronald William Artest  Jr. initially played for the Chicago Bulls debuting in 1999, then along with his developing ability and fame, he later played for the teams like Indiana Pacers,  Sacramento Kings, Houston Rockets, Los Angeles Lakers, New York Knicks, Sichuan Blue Whales, and Pallacanestro Cantù. 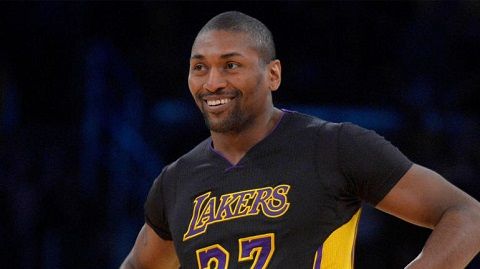 Let's know more about Metta's net worth till date below.

Metta World Peace's Net worth and salary in 2015

Metta signed a year contract with Los Angeles Lakers on September 24, 2015, and was paid the annual salary of $1.4 million. And with the payment, Metta's net worth in 2015 was reported to be around $32 million.

Though no information of Metta's endorsement deal in 2016 is reported, we do have the information about his donations. Metta who witnessed a murder in front of his eyes got his perception of life changed and dedicating himself to charity, he donated $100,000 combined for charities named Steinway Child and Family Services as well as The Child Center of New York for underprivileged children's welfare.

Net Worth and Salary of Metta World Peace in 2016

Also the advocate for the mental health problems, Metta World Peace e re-signed a year contract with Lakers on September 21, 2016. The deal earned him $1.5 million while playing the 2016 season.

Talking about his house, Metta currently lives in his house in Carmel in the USA with his girlfriend  Jennifer Palma and his 3 sons and a daughter. But the purchase detail of the house is not disclosed. Probably, his mansion costs millions of dollars.

Metta also owns a Hyundai Genesis which costs around $75,000 and seems to be fond of it. Have a look. 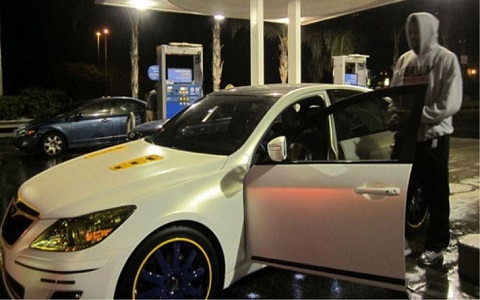 Well, coming to the main point, as of 2016, Metta World Peace's net worth was reported to be $35 million.

Metta signed as a player development coach for the South Bay Lakers on October 23, 2017, after ending his playing career.The contract detail is not out yet, but it is reported that Metta earns the annual average salary of $750,000.

Let's have a look at Metta's top 10 best plays.

Besides this, Metta's income is supported by his endorsement deals with The Pandas Friend, a clothing company, and Gradelo.com. However, the payment layout is not publicized.  Metta's net worth increment got slowed down and was reported to be $36 million by the end of 2017.

Though, it is less than that of his former Lakers teammate, Kobe Bryant whose net worth is $350 million.

Projected net worth of Metta in 2018

In January 2018, it was announced that World Peace who appeared in many TV reality shows like They Call Me Crazy, Dancing with Stars, Figure it Out, was a contestant in the first U.S. edition of Celebrity Big Brother, but later on February 19, 2018, he made his way out.

The reason was that Metta missed his children and his family a lot.  Have a look at his twitter confession.

I miss my family Ron Artest 3, Jeron Artest, Sade Artest, Diamond Artest, Maya, @SouthBayLakers, my interns for @ThePandasFriend, https://t.co/jTpER0hxfG, and https://t.co/9uVWWm7Xsv. I also miss my parents although they never speak. #BBCeleb house taught me a lot about me. ??

Though no news of Metta's  further plans is out yet, it may be revealed soon in future. Let's wish him best and stay tuned.