News How Much is Bob Knight's Net worth? Know in Details about his Salary, Career and Awards

How Much is Bob Knight's Net worth? Know in Details about his Salary, Career and Awards

Bob Knight, a retired American basketball coach with his full name Robert Montgomery Knight, is known for his work as a head coach of Indiana Hoosiers from 1971 to 2000 and then of Texas Tech University in 2008. Bob, nicknamed The General, has managed his retired life pretty well with the accomplishment of huge bank balance and economic benefit throughout his career.

Bob has married twice in his life and is the father of 2 children. Not only he has been able to maintain his family life, the millionaire has also put his hands on charity works. Let's know all about Knight's personal life, career, net worth, salary, and awards.

Bob Knight's Net Worth and Achievements

The former basketball coach is estimated to have a net-worth of $15 million. During his active days, the head coach of Indiana Hoosiers, back in April of 1998, earned $145,500 and was estimated to make as much as $400,000 from endorsements, TV and radio appearances and his summer basketball camp.

Bob, known for his short-tempered personality, was fined $10,000 for his misconduct with a referee in NCAA tournament opener against Oklahoma while in Hoosiers. 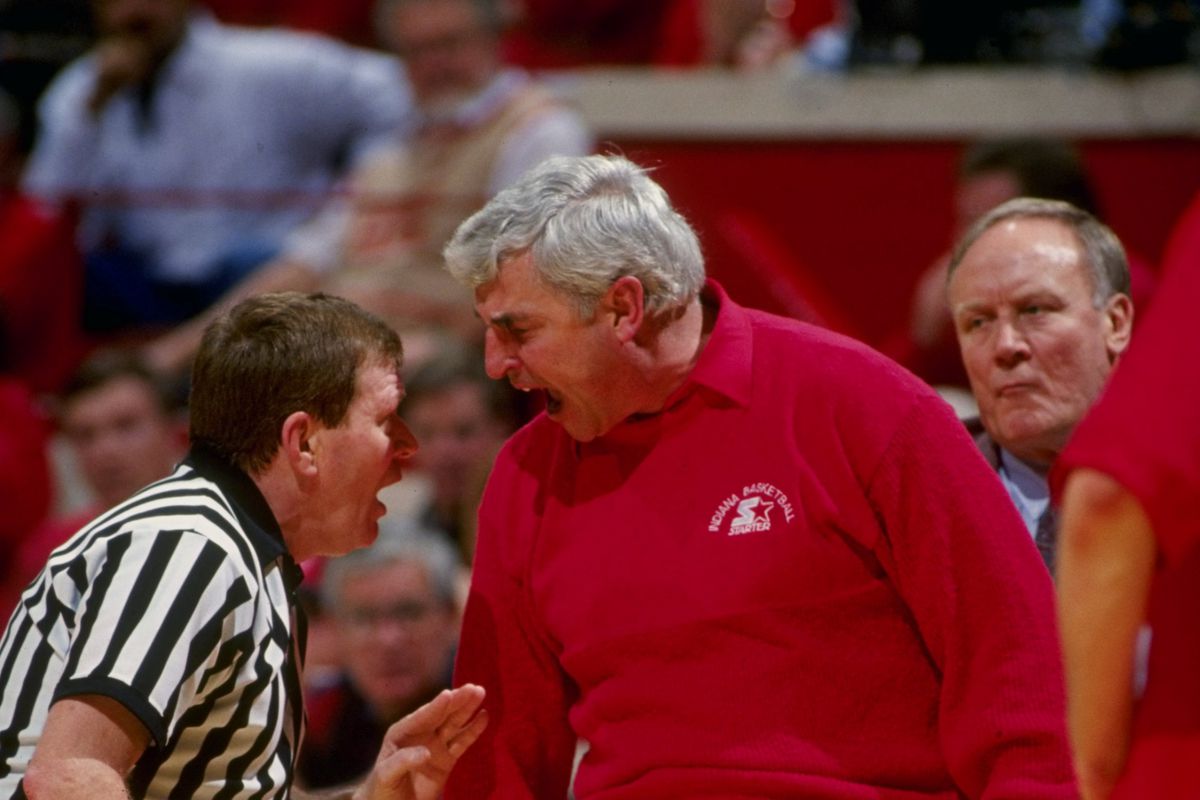 Back in 2001, after joining Texas Tech, he signed a five year deal of worth $1.25 million. Including other incentives, the salary came out to be $400,000 annually which lagged him behind other coaches in the Big 12 Conference as Larry Eustachy made a total sum of $900,000.

Bob Knight, also the Henry Ibs Award winner in 1975, became Naismith College Coach of the Year in 1987.  The Clair Bee Coach of the Year 2002 was paid $1.3 million as regards to his contribution, however,  $30,000 fine was deducted from his salary as mentioned by the Indiana University protocols.

The 77-year-old coach, who raised nearly $5 million for the Indiana University library system by campaigning a library fund to support the library's activities, also gave his contribution of $10,000 to the Texas Tech library which collected over $300,000 later.

As of now, he resides in his home in Lubbock, Texas with his second wife and children. Wanna know more about his family and career? Scroll down.

Bob Knight, who played as a reserve forward for Orrville High School, won the NCAA Championship playing with the 1960 Ohio State Buckeyes team. Later after his graduation in 1962, he gave up playing and started coaching.

He coached junior varsity basketball at Cuyahoga Falls High School in Ohio for one year. It was the year when he got married to his first wife, Nancy Falk. He tied the knot on April 17, 1963. But, later they divorced in 1985.

Even after his divorce, he went on coaching and was hired by Indiana University in 1971. His biggest accomplishment came in the highlights after Hoosiers went the entire season without a single loss and became the NCAA Champion in 1976 beating Michigan with 86-68 in the title game.

But on March 14, 2000, he was accused of physical violence after Knight's former player Nei Reed claimed he had been choked by Knight during a 1997 practice. During his 29 years as a head coach at Indiana, the Hoosiers won 662 games, including 22 seasons of more than 20 wins including the 1987 NCAA tournament with a game-winning jump shot by Keith Smart with five seconds of play remaining.

Have a look at the video of the shot by Keith.

Bob also coached the International team of The United States Pan American team, which achieved a gold medal in 1979 in the game held in Puerto Rico and a gold medal in the Olympic Games in 1984. Knight married his second wife, Karen Vieth Edgar, a former Oklahoma high school basketball coach, later in 1988.

After being fired from Hoosiers, he coached Texas Tech from 2001 to 2008. Knight's arrival took Texas Tech to give its best performance which came in the highlights in 2006 and 2007 after they defeated two Top 10-ranked teams in consecutive weeks.

Knight retired as basketball head coach of Texas Tech on February 4, 2005, and surprisingly his son from previous marriage, Pat Knight took his place as his successor. His another son, Tim's detail, however, is yet to be revealed.

He is no more far from giving surprises as he in his tenure was famous for his temper personality and he came into limelight after throwing a chair in the basketball game while as the coach of Hoosiers.

Watch a video of him throwing a chair.

After his retirement, he worked as a studio analyst and occasional color commentator for ESPN in 2008. But, after ESPN denied to renew its contract on April 2, 2015, he seems to be a free agent and giving his contribution to charities.