Jared Anderson is an American professional boxer who competes under the heavyweight division. The undefeated has 9 wins under his belt. Further, he won the 2017 and 2018 U.S. National Championships as an amateur.

Toledo, Ohio, native, Jared Anderson was born on 16th November 1999, under the star sign Scorpio. He holds an American nationality and is of an Afro-American ethnic background. The twenty-one years stands 6 ft 4 in (193 cm) tall and weighs 78+1⁄2 in (199 cm).

How Much Is Jared Anderson Net Worth In 2021? 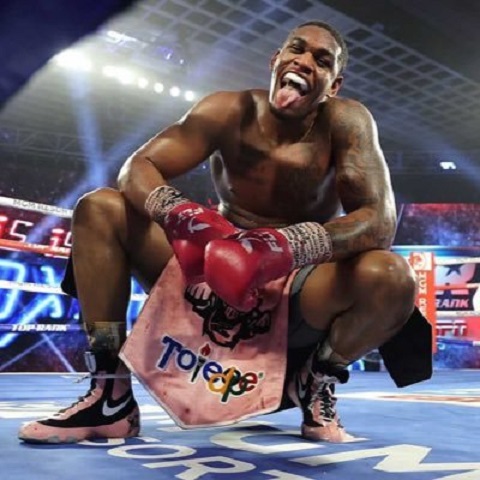 Though sponsorship and endorsement is a significant source of boxers' earnings, Jared has not opened about being linked with any brand. As of 2921, his net worth is under review.

Jared Anderson's love life is far from public eyes. His girlfriend is the subject of curiosity for all, but the twenty-one years has not dropped any hint which can lead the public to know his relationship status.

Jared Anderson is pretty famous on Instagram with 48.1k followers. He only posts his boxing posts.

Since there is no confirmation about his relationship, Jared Anderson is believed to be single.

On 24th September 2019, Anderson inked a multi-year promotional contract with Bob Arum's Top Rank. A month later, he made his professional debut scoring a first-round knockout (KO) victory over Daniel Infante at the Reno-Sparks Convention Center in Reno, Nevada on 26th October.

On 30th November 2019, he faced Stephen Kimon at Cosmopolitan of Las Vegas, Paradise, Nevada. He won the fight via TKO.