James Harden plays the position of point guard for the Houston Rockets of the National Basketball Association. He was signed by the Oklahoma City Thunders in the 2009 NBA draft and was traded to his current team in 2012. The Rockets' point guard is 6 feet 5 inches tall and Harden is not married till date.

Currently, James Harden is one of the highest-paid players in the NBA. He has made a fortune out of his career as a professional basketball player. Harden is the current face of Houston Rockets and is signed to the franchise till the 2022-23 season.

James Harden All Girlfriends and Affairs

Currently 29 years old Basketball superstar, James Harden is also known for his high-profile and short-lived love affairs. Despite dating some of the hottest Hollywood divas, he isn't able to live in a lasting relationship yet.

James Harden was previously in a relationship with a famous female rapper-singer Katrina Laverne Taylor also known as Trina in 2011. However, the relation couldn’t last long and two called off their relationship after dating for one short year in 2012.

Soon after his break up with Trina, he dated an Instagram model Jenna Shea in 2012. Yet nothing happened between them and ended their relationship in the same year. 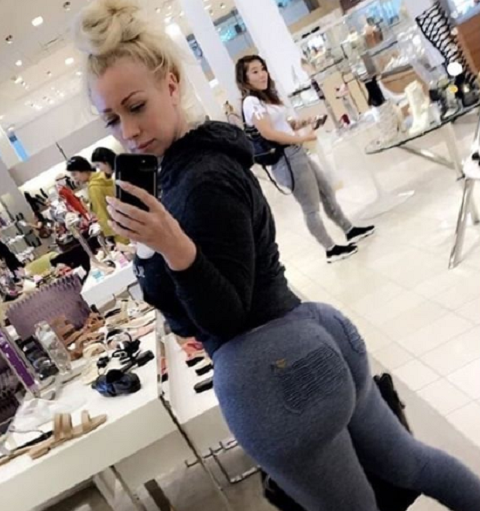 After that, he was shortly rumored to be linked with Kyra Chaos.

Did James Harden Date Sarah Bellew And Maliah Michel at the same time?

The answer to this question is yes! Harden met Sarah Bellew in 2013 and suspicion about them being an item broke the web. The couple shared an intimate affair but Harden and Sarah Bellew's relationship also eventually turned into a break up in 2015.

While he was in a relationship with Bellew, he even had a fling with Maliah Michel in 2014 was also seen dating Tahiry Jose from 2013 to 2014. 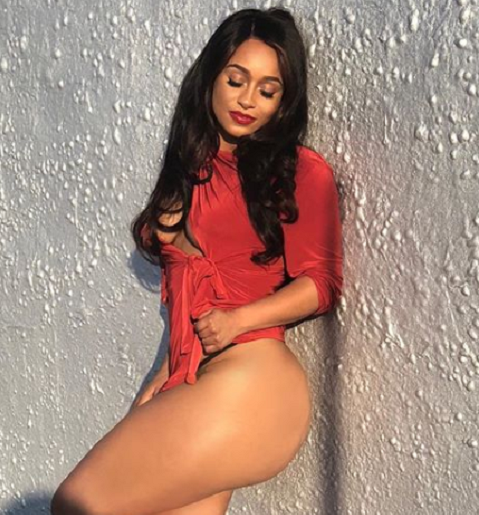 After the official breakup with Sarah, he got into a relationship with Amber Rose in 2015 which soon ended the same year.

James Harden was in a relationship with high profile celebrity Khloe Kardashian in 2015. The duo dated from 2015 and ended their relationship in 2016. Not even a month later he moved on with Karrueche Tran. 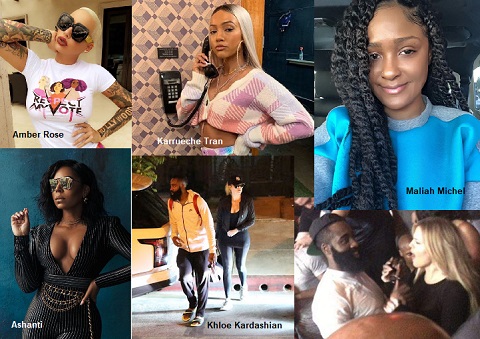 Being a celebrity NBA player, his personal life is always a matter of discussion and interests many fans. However, he is in a relationship with Ashanti for more than 2 years and we hope now he is satisfied with his current relationship.

James Harden after his numerous break-ups with various hot Hollywood divas has now maintained a low-key profile in regards to his love life. Though it is not known for certain, he was seen to be hanging with a girl named Nicole AKA Lesanik. 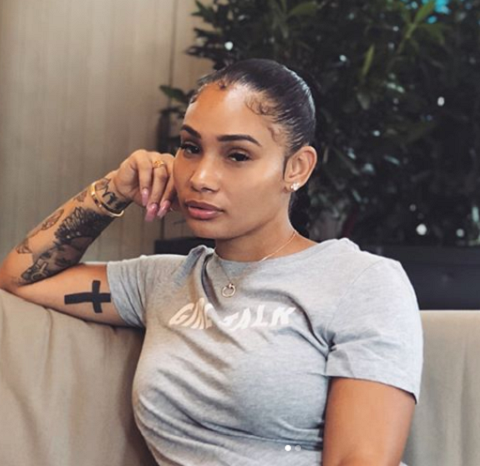 Despite, Lesanik was rumored to be Harden's current girlfriend, she was seen with rapper Drake hence the relationship isn't existent as per many media outlets.

James Harden is a professional American basketball who currently receives an average annual salary of $40 million. Harden's approximate net worth is around $145 million as of 2019. Prior to his contract extension, James Harden earned $37 million from June 2016 to June 2017.

On 8 July 2017, Harden's details on his new contract extension with his current club were revealed as the richest extension in the history of the NBA.

Houston has made extension official: Sources tell ESPN it will be worth $228M through the 2022-23 season. https://t.co/UZhYSo9ZHn

After the highest-profited contract in the entire NBA history was signed by the Golden State Warriors superstar Stephen Curry in 5 years deal for $201 million; James Harden's net worth got into the conversation. Not so long after Curry's record-setting contract was penned, the 27-year-old Houston Rocket star Harden signed a record-breaking contract extension worth $170 million in a 4-year deal, he got back at Curry's graph.

In 2019 till 2020, The Rockets' four- year extension will reportedly pay Harden $228 million with an average club salary of $57 million annually. Harden will also earn over $530,000 per game with the Rockets.

James' salary and wages will reach more than $560 million by the end of his current contract.

On the other hand, Harden's money does not just come from his career in the NBA but also from the brand deals. As Harden's Addidas Shoe sells at $140 to $160 per shoe and his 2015 Addidas contract provides Harden with $200 million worth sponsorship.

Other than Addidas, he is heavily endorsed by the Beats headphones, Foot Locker, BodyArmor, NBA 2 K, BBVA, and his endorsement-support deals further increase his yearly income.

James Harden is undoubtedly one of the highest paid basketball players in the world right now.

So, with huge contract deal that he signed with the Rockets and with his brand deals, his net worth is likely to increase in the coming days.

In December 2014, NBA Shooting Guard for Rockets bought a Mediterranean-style home at around $2 million around the Royal Oaks Country Club. He purchased it from Cuttino Mobley, a retired basketball player. 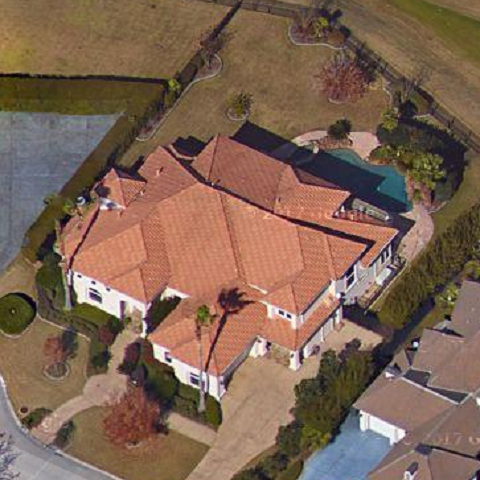 His house features a game room, a home theater and an infinity pool, and a basketball court. 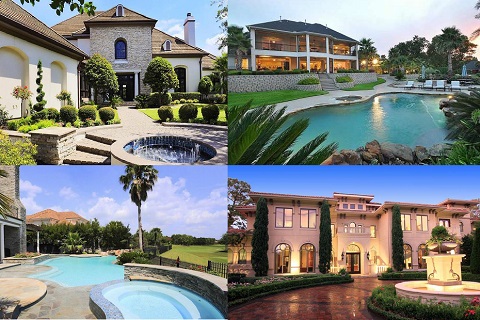 As one of the highest paid NBA stars, Harden is also pretty fond of fast and stylish cars, there's no doubt that his parking space is full of exotic cars. So here are a few of Harden's favorite cars that he is seen using. 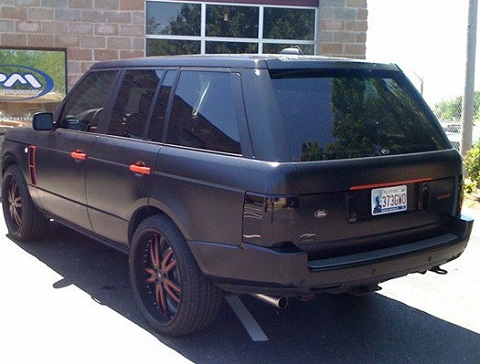 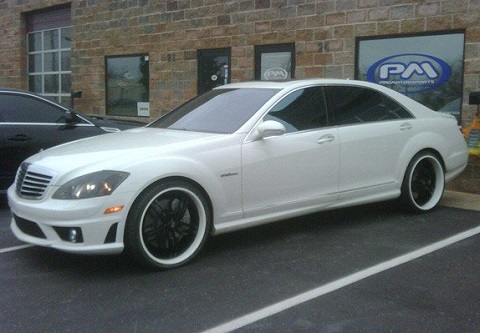 Harden also owns a $25,995 priced which was recently painted in Silver Black by Harden. 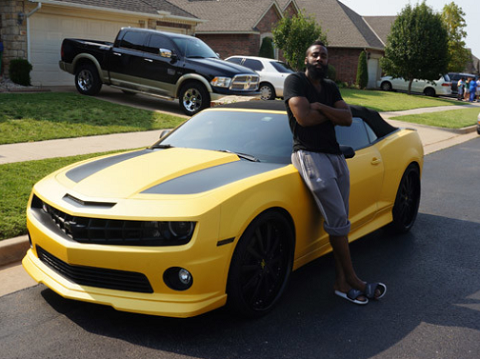 Looks like James is pretty fond of Rolls-Royces as he has an RR Ghost marketed at $325,000. Further, he has a couple of Kia made cars, as he is Kia's official brand promoter. He was once seen driving a $23,750 worth Kia kKX3 as well. In 2019, the NBA announced that Rockets guard James Harden was also named KIA Western Conference Player of the Month for the month of January.

James Edward Harden Jr. was born on August 26, 1989, in Los Angeles, California. He is the son of Monja Willis and James Harden Sr. He joined the Artesia High School where he started playing basketball for his high school team. 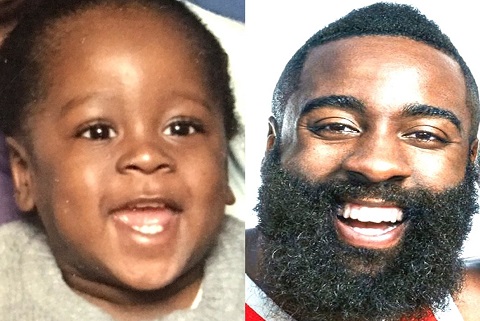 During his time at Artesia, he helped his team to the California State title twice. He was named a McDonald's All-American, and second-team Parade All-American honors.

Harden played with at the college level of basketball till his sophomore years during which time, he was named to first team All-Pac-10 and the conference all-freshman team and also named the first team All-District by NABC and USBWA. After the end of the sophomore season, he declared for the 2009 NBA draft.

The Oklahoma City Thunder picked James Harden with their third overall pick in the 2009 NBA draft. During his rookie season with the team, he was able to show outstanding performance and was nominated to the NBA All-Rookie Second Team. He also became the fourth highest 3-point percentage shooter in NBA history for a player under the age of 21.

The following season, he further developed his skills and showcased it by ending the season with an average of 16.8 points, 4.1 rebounds and 3.7 assists in 62 games. He was awarded the NBA Sixth Man of the Year Award. The Thunders were able to reach the finals of the 2012 NBA majority due to Harden but were defeated by the Miami Heat in five games.

James Harden was offered a four-year contract extension worth between $52 and $55 million. Due to the short time is given to him for making the decision, negotiation broke between the team and Harden. In the wake of the failing of contract extension, Harden was traded to the Houston Rockets on October 27, 2012, along with teammates Daequan Cook, Cole Aldrich, and Lazar Hayward in exchange for Kevin Martin, Jeremy Lamba, and two first-round picks.

Harden who had been playing in the support role behind Kevin Durant and Russell Westbrook in Thunders was prioritized by the Rockets who expected him to be their foundational player. The Rockets signed Harden with five years, $80 million contracts on October 31, 2012. He ended his first season with the Rockets averaging with 25.9 points, 4.9 rebounds, 5.8 assists, and 1.8 steals stats. He was also nominated to the 2013 NBA All-Star Game as a reserve.

Just as the hopes of the Rockets team, Harden has grown to become one of the foundational players for the Rockets. He helped the team to their first division title in the 2014-15 season and helped it to a No. 2 Seed in the Western Conference. That season, Harden finished second in the NBA MVP voting behind Stephen Curry and was named to the All-NBA First Team.

In the 2015-16 season, James Harden joined the ranks of legends like Michael Jordan, Oscar Robertson, and LeBron James as the only players in NBA history to average at least 29 points, seven assists and six rebounds in a season as he ended the season with an average of 29 points, 6.1 rebounds, and 7.5 assists. Following the end of the season, Harden signed a four-year, $118.1 million contract extension with the Rockets on July 9, 2016.

Staying the Course. That’s all we about

James Harden set a record of being the first player in the NBA history to finish the regular season of 2016-17 with 2356 points, 900 assists, and 600 rebounds. He averaged 29.1 points, 8.1 rebounds, and 11.2 assists. Despite his outstanding performance, he finished second in the league MVP voting behind former teammate Westbrook.

The Houston Rockets renewed their contract with Harden as they signed him to a four-year contract extension worth of $160 million on July 8, 2017. Adding to his previous contract extension, he now was signed to a six-year deal with $228 million guaranteed. Harden will be tied to the Rockets till the end of 2022-23 season. In the 2017-18 season, the Rockets finished the regular season as the No. 1 seed for the first time in franchise history and Harden was also awarded the NBA Most Valuable Player of the 2017-18 season.