Gossip In Which Field Baron Corbin was Active Before Landing to the Wrestling Career?

In Which Field Baron Corbin was Active Before Landing to the Wrestling Career?

Baron Corbin, probably many of us know about the American professional wrestler currently signed to the SmackDown brand of the WWE. 33-year-old wrestler made his WWE debut in 2016 and has got a lot of success and fame in a short period of time.

Well, all of us are aware of Baron's NXT promotion to WWE, but Baron was also in another field before joining wrestling career. Guess what? It's one of the highest paid sports, NFL, however, the fortune didn't turn out well for Baron and same happened with his amateur boxing career.  Let's know all about Baron's present and past career in details.

Thomas aka Baron is also the former Grappling champion. But after entering the Northwest Missouri State University, he got interested in NFL.

Well, it's a dream of every American football fan to play on the ground and experience the thrill, and Baron, interested in American football, started to play for the NCAA Division II college Northwest Missouri State University in 2007, in his junior year.

Soon, Thomas was honored with All-MIAA in 2007 and First team All-MIAA in 2008. Following the year on April 27, 2009, Thomas Pestock got signed by the Indianapolis Colts even after being undrafted in 2009 draft. But the team released him later on August 13, followed by re-signing on August 19. Again Thomas was released by the team on September 5, 2009. 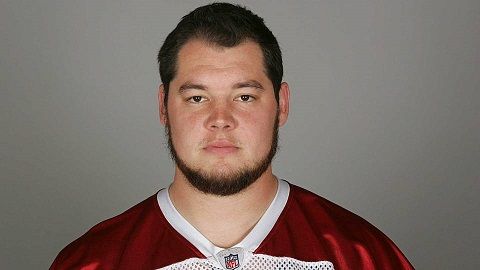 On January 18, 2010, Thomas signed a futures contract with the Arizona Cardinals, but after being noticed for throwing uppercuts in a team scuffle in training camp, he was released on September 3, 2010, and 3 days later was signed to the team's practice squad.

Again the Cardinals offered Thomas a future contract on January 4, 2011. While playing for the Cardinals till the release on September 2 that year, Thomas aka Baron had earned $405,000.

Later Thomas saw his career in wrestling and made his move in NXT. The wrestling journey proved to be right.

Really, the dedication leads to successful and Baron seems to be the right example of it. Initially, in August 2012, Tom Pestock signed with WWE's developmental system NXT  with the ring name Baron Corbin and made his debut on October 18, 2012, with his fight against Dante Dash but lost the match.

Despite making several efforts, Baron lost each of matches with wrestlers like Damien Sandow, Mason Ryan, and later on, September  11, 2014, made his remarkable win at NXT TakeOver: Fatal 4-Way defeating CJ Parker. 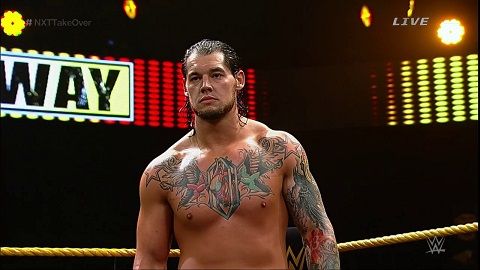 Baron famed for his finisher End of  Days got involved in many feuds with wrestlers like Finn Balor, Apollo Crews, Sami Zayn and Samoa Joe for NXT Championships, however, couldn't win the title.

Baron's final appearance in NXT was in his victorious match against Tucker Knight on April 13, 2016.

Baron got the shower of highlights and congratulations firstly after he got his main roster debut at WrestleMania 32 on April 3, 2016. Then suddenly the Internet buzzed the name of Baron Corbin all over after he won the André the Giant Memorial Trophy and by eliminating Kane eventually.

Still on cloud9 from the weekend and the best part was having the people I love there to be a part of it. @roalexandra @dangerfit @czevecke

The victory not only gave Baron a lot of fame but also his promotion from NXT to WWE.

On July 19 at the 2016 WWE draft, Corbin was drafted to the SmackDown brand, though he had already made his appearance on Raw following his Andre the Giant Memorial Trophy win, where he got the WWE style welcome from the WWE stars like Dolph Ziggler and Rusev. You know what I mean, Haha!

Though Baron had already made himself prominent winning the Money In the Bank against Ziggler on June 19, 2016.

Soon after his storyline in the  WWE Smackdown, Baron has shown himself up in many events like 2017 Royal Rumble, WrestleMania 33 and 2017 Summer Slam. But his second notable win was 2017 Money in the Bank Ladder match at the Money in the Bank pay-per-view held on June 18.

Ladies and gentlemen, your new Mr. Money in the Bank — Borin’ Corbin. #MITB

A few months later in October 2017, Corbin's another major achievement came in the highlights after he won the United States Championship defeating AJ Styles. However, it short-lived after he was lost the title to Sin Cara later on October 17, 2017.

Currently, Corbin's earnings in the WWE is reported to be around $ 280,000, which is comparatively very less than of the WWE Superstars like Brock Lesner, John Cena, Roman Reigns and Randy Orton, who earn $10 million, $8.5 million, 5 million and $4.5 million respectively.

On March 20, this year, Corbin again made the highlights after he announced that he would enter the 2018 Andre The Giant Memorial Battle Royal at WrestleMania 34 and bring back his second award home.