Roode is a married man and blessed with three kids with his wife. Further, the wrestler has an estimated net worth of $4.5 million.

Aside from wrestling career, Roode has also added the large amount to this net worth through endorsement with various prominent brands. 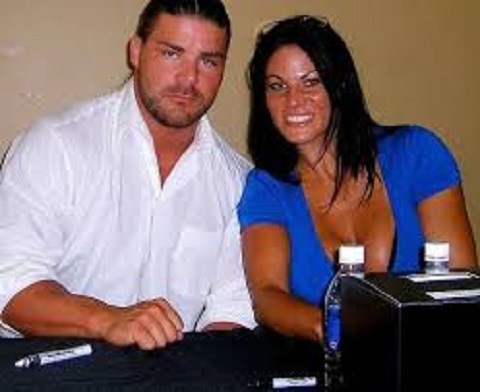 He is living a blissful life together with his wife without any rumors and news related to conflict, divorce, and extramarital affairs.

Bobby Roode was born on 11th of May 1977, in Scarborough, Ontario, Canada. His birth sign is Taurus. Regarding his nationality, he is a Canadian and is of white ethnicity. His parents: father Bob Roode and mother Sandy Roode always supported him to achieve his goal of becoming a renowned wrestler in the world.

Roode enrolled at Kenner Collegiate Vocational Institute in Peterborough, Ontario. He is a childhood friend of Tracey Kelusky, a professional lacrosse player.

Bobby Roode received his first training in his hometown  Peterborough, Ontario, by Shane Sewell and Sean Morley. After being trained, he made his professional wrestling debut as “total” Lee Awesome against Pete Rock in June 1998. He had also some matches with WWE from 1998 until 2004, mostly dark matches.

In 2004, Roode signed with Total Nonstop Action Wrestling and stayed there till 2016, where he is considered a “TNA Original”. He made his TNA debut the same year, becoming NWA World Tag Team Champion along with Eric Young.

He formed a successful tag squad along with James Storm as Beer Money, Inc subsequent to singles run following the team’s split up. Together with his teammate, Storm is a 6-times TNA World Tag Team Champion being the longest reigning champion in the history of TNA.

On 3rd November 2012, Roode defeated Strom and became TNA World Heavyweight Champion which he held for 256 days. The following year he won TNA World Tag Team Championship with Austin Aries and was a 1-time TNA King of the Mountain Champion.

On 11 June 2016, Roode made his NXT debut and defeated Angelo Dawkins during NXT’s tour in the United Kingdom at Download Festival. On 3 August, he made his NXT TV debut and promptly established himself as a villain.