Goga Bitadze, the 6 feet 11 inches tall professional basketball player from Georgia, has gained worldwide recognition as one of the star players in the Siberian League. Despite being Georgian, Goga Biatadze was groomed in recent seasons by playing in the Adriatic League with Mega Bemax and now with Buducnost VOLI. He is a top prospect for the 2019 NBA Draft and is also expected to be the first round pick.

The EuroLeague Rising Star, Goga Bitadze also won the Montenegrin Cup with Buducnost in 2019 and was also the Adriatic League MVP. Also popular as the popular prospect for the NBA Draft, Bitadze earned well playing in Europe and is expected to land a contract worth millions after signing in NBA. In this capsule, we will discuss the player's net worth, relationship status, early life, and career.

Goga Bitadze Net worth; How much does he Earn in Europe?

The estimated net worth of Goga Bitadze is $1 million. Goga is a professional basketball player who plays in the ABA League renamed to Adriatic League First Division. The players playing in that leagues have a salary of $120,000 to the whole team and the league plays a 30-game schedule. That means Goga Bitadze earns somewhere around $10,000 to $25,000 a league. That is equal to $100 to $500 to per match.

Goga has also appeared in Serbian League and Euro League. Players playing in Euro League earn somewhere between $60,000 to $100,000. However, this data can be different according to the players' statistics, team, skills and the contract they hold.

What Salary is Goga projected to Earn after his NBA Draft?

Also assumed to be the first round pick in the 2019 NBA Draft, Bitadze is one of the top international prospects. The rookie contract generally starts from $5 million/ 4 year and can be as much as $40 million in the same time period.

Goga Bitadze might be picked in the mid of first round, so, he reportedly will receive the contract worth about $10 million for 4 years with the annual average salary of about $2.5 million.

Is Goga Bitadze Currently Single or Dating Someone? His Personal Life

The tall 6 feet 11-inch basketball player is currently single. The player is not also quite active in social media and barely post anything about his personal life. Further, there are no single rumors or controversies related to this player.

Goga Bitadze is 6 feet 11 inches tall in height with a perfectly maintained body that weighs about 114 kilograms.

Goga Bitadze was born on n July 20, 1999, in Sagaerejo, Georgia. He was born to a professional basketball player, whose name has not been revealed yet. However, it is known that the career of  Goga's father was cut short by injury.

He holds Georgian nationality and his birth sign is cancer. 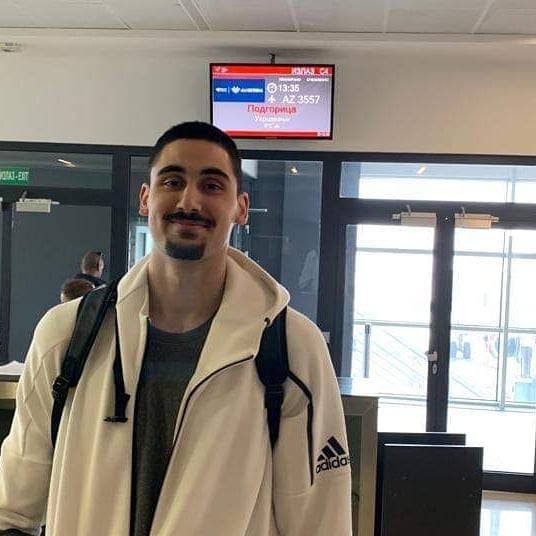 Although Goga was not interested in basketball when he was a child, he later developed a habit of playing basketball when he was 6 years old just because he was active and tall. He slowly and gradually gained interest over this game and began to watch Georgian players like Zaza Pachulia and Tornike Shengelia, as well as NBA stars Pau Gasol and Shaquille O'Neal.

Goga Bitadze made his debut when he was 16 years old. The player first appeared in the 2015-16 season for  VITA Tbilisi in the VTB United League. Goga created history by becoming the youngest player in this league history.

After that, on December 2, 2015, Goga signed with Mega Basket of the Basketball League of Serbia and ABA Leagues. Goga chooses these clubs because they had produced many NBA players through this club. On an interview, Goga says he was frustrated at before after joining these clubs because he was far away from family, home and friends. However, slowly he was used to it. The player is still on this club and he was also selected in the 2019 NBA draft.

Similar article: American Basketball Player Michael Jordan Has Net Worth of $1.39 billion in 2017! Know in details

Goga has also appeared in Montenegrin club Buducnost, which competed in the Montenegrin League, ABA League, and EuroLeague. On December 2018, Goga was loaned to this club. After playing 13 games on this club, Goga averaged 12.1 points, 6.4 rebounds and 2.3 blocks per game and claimed EuroLeague Rising Star honors as the best under-22 player in the EuroLeague.