Ja Morant is an American basketball player currently playing for the Memphis Grizzlies of the National Basketball Association (NBA). He finished his collegiate career at the Murray State Racers in NCAA Division I. He was picked by the  Memphis Grizzlies in round one with 2nd overall pick.

Ja Morant is in a romantic relationship with his girlfriend, KK Dixon.

Who is Ja Morant's Girlfriend? Know About His LOVE life and Marital Status

Ja Morant is in a romantic relationship with his girlfriend who's name in her official Instagram is KK Dixon. Further, it is rumored that they started dating in 2018's fall.

Ja Morant uploads Dixon's pictures with lovely captions. He even wished her on Valentine saying 'Happy Valentines Day to my beautiful queen. blessed & thankful for ya girl. I Love You. winning on & off the court.

Morant and his bae are seen spending quality time together every time he is off the court. His girlfriend Dixon is also seen watching his game in many instances which proves that the couple is super strong.

Unlike other celebrities who are seen hanging out with different strippers, Ja rather flaunts his girlfriend. So we can say the couple is definitely bonded strongly. There is not much information about his girlfriend besides that she is a fashion designer and has two siblings. 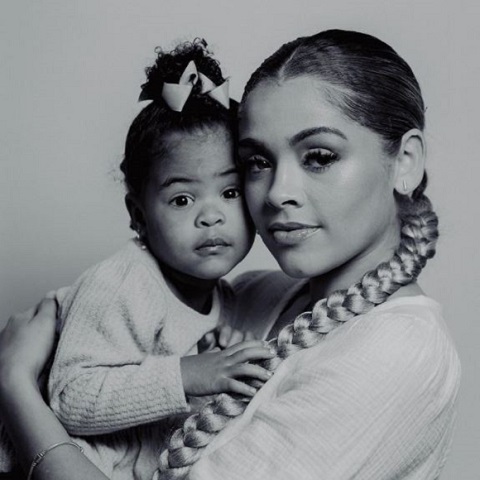 In August 2019, the couple welcomed their first child, a daughter, Kaari J. Morant.

How Much Does Ja Morant Earn From his professional Career? Know About His Net Worth

Ja Morant was born to his parents' Tee and Jamie Morant on August 10, 1999, at Dalzell, South Carolina. Also, he has a sister named Teniya. Further, he is an American in nationality and an African in ethnicity. Moreover, his zodiac sign is Leo.

Morant trained with his father in his backyard, teaching him step-back jump shots and buying tractor tires to practice soft landing jumping. Morant played with the South Carolina Hornets, a small grassroots team based in Columbia, South Carolina, on the Amateur Athletic Union (AAU) circuit.

His only major NCAA Division I offer came from South Carolina. The mid-major program Murray State of the Ohio Valley Conference (OVC) accidentally discovered him in July 2016 when assistant coach James Kane attended a camp in hopes of seeing a player joining his team.

With the departures of key players, Morant assumed a leading role for Murray State as a sophomore. He recorded 26 points and 11 assists in a 74–53 win over Wright State in his season debut. Morant posted 29 points on November 24, 2018, a season-high 13 rebounds and 12 assists in a 77–66 victory over Missouri State, becoming the first Murray State player ever to record multiple triple-doubles.

Following the loss of Murray State in the 2019 NCAA Men's Basketball Tournament, Morant announced his intention to abandon his final two seasons of college eligibility and declare that he will be a first-round selection for the 2019 NBA draft.