BBL Most Valuable Player, Raymar Morgan is an American professional basketball player who plays in the VTB United League for the BC UNICS as their power forward. Previously, he played for the Tofas,  Barak Netanya, Pinar Karsiyaka, Ratiopharm Ulm, and many other teams. He also played for the Israeli club  Maccabi Rishon LeZion.

Raymar Morgan, the BBL Most Effective player 2017, also won the MVP Award along with the Best Offensive player and Scoring Champion that season. As one of the best player in the league, he has been able to earn huge money.

Is Raymar Morgan Married or Single? His Personal Life

Raymar Morgan is a happily married man. He married his girlfriend Natalie Donoho Adams on July 1, 2016, at West Bloomfield in a lavish wedding ceremony in front of family and friends. Further details regarding the wedding ceremony and the wife of the famous basketball player are not yet available in the media.

Moreover, Raymar seems to be a career focused man since he spends most of his time playing basketball. He is a low-profile man since he hasn't shared information about his personal life in the media. Furthermore, he has kept his social media accounts private which suggests that he keeps his love affairs and other personal life facts hidden from the general public and media. 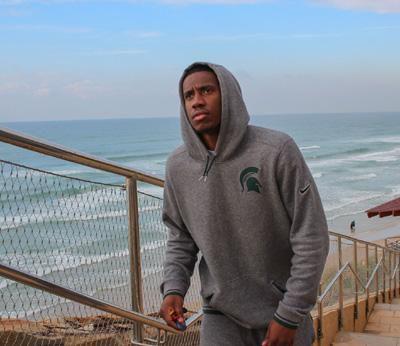 In addition to this, Raymar is likely to keep himself far from rumors and controversies since there aren't any rumors spread about him so far. Comparing the professional life of Morgan with his personal life, there aren't many details found.

Raymar Morgan has been in his professional basketball career since 2010 and his main source of income is basketball. So far Raymar is reported to have earned a decent amount from his playing career which is around $2 million. Furthermore, his annual salary is estimated to be around $120,000 from his club and this is not the exact figure for his salary.

Moreover, Raymar is living a lavish lifestyle which can be confirmed by looking at his official social accounts. As per some of the trusted sources, he has an estimated net worth of over $1 million as of 2019. Besides, he hasn't reported the exact amount of his net worth and career earnings in the media.

The budget of the UNICS club is reported to be around $13,862,250 in 2017. In addition to this, the earnings in Europe are usually tax-free.  Despite his financial earnings, he also has some personal assets which include his house and car collection.

Raymar Morgan was born on August 8, 1988, in Canton, Ohio, United States. He holds an American nationality and belongs to the mixed ethnic group. Further details about his childhood and parents are still under review. Information about his siblings, parents and early life is yet to be disclosed.

Raymar Morgan is a famous basketball player since his high school days and was also awarded the Most Outstanding Player of the all-tournament team during his high school career. He started his professional club career with the Maccabi Rishon LeZion which is an Israeli club.

Morgan also played for several other teams including Tofas,  Barak Netanya, Pinar Karsiyaka, Ratiopharm Ulm. He was awarded several titles until now because of his outstanding performance and some of his achievements are listed below. 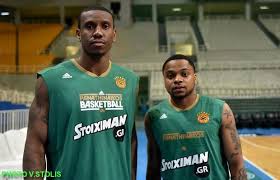 Currently, Morgan is playing in the VTB United League for the BC UNICS as their power forward.