Gerard Piqué is a Spanish footballer who is currently signed to Barcelona as a center-back. Considered one of the best defenders in the world, he previously played for Manchester United (2004–2008) and on loan for Zaragoza (2006–2007).

The Spanish hunk was born on 2 February 1987 who is regarded as a modern defender, especially combines strength with good technique and passing.

Spanish professional footballer, Gerard Piqué has an estimated net worth of $40 million as of 2020. Back in 2017, he is ranked 20th at the world's highest-paid soccer players with total earnings of $17.7 million ($14.7 million from salary and bonus as well as $3 million from endorsement). 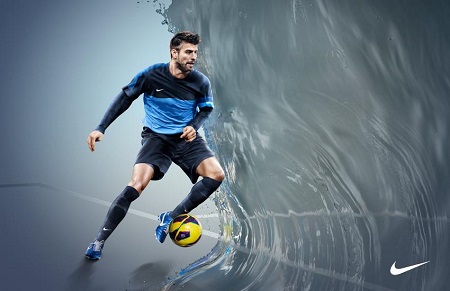 Besides, he earns much from his endorsement deals, mainly from Nike. On 27th August 2019, he participated in EPT Barcelona €25,000 Single-Day High Roller Event where he was a runner-up winning a prize of €352,950.

In 2015, Gerard with his long-time girlfriend, Shakira purchased a lavish mansion worth $5,400,000 in Barcelona, Spain.

Piqué is the founder and president of a sports and media investment group called, Kosmos Holding which he started with Hiroshi Mikitani, Edmund Chu, Nullah Sarker, and Mike Evans. Moreover, the company has struck a partnership with the International Tennis Federation for a 25-year.

The $3 billion partnership will transform the Davis Cup and generate substantial revenues for global tennis development. Through the Kosmos Holding, Piqué purchased the Spanish football club FC Andorra in 2018.

On 10th July 2019, Barcelona's Centre-back, Pipque was ordered to pay €2.1 millions to the tax authorities by a Spanish court following his conviction for image rights fraud. He was alleged to pretend to hand over his image rights to his Kerad Project company in order to pay less tax from 2008 to 2010.

Gerard Piqué is currently in a relationship with Colombian-born pop-star Shakira. The couple has been together for a decade: they started dating in 2011. In fact, the duo met after meeting on the set of Waka Waka music video. Both share the same birthday, 2 February, but ten years apart. Pique is 33 and his girlfriend is 43. 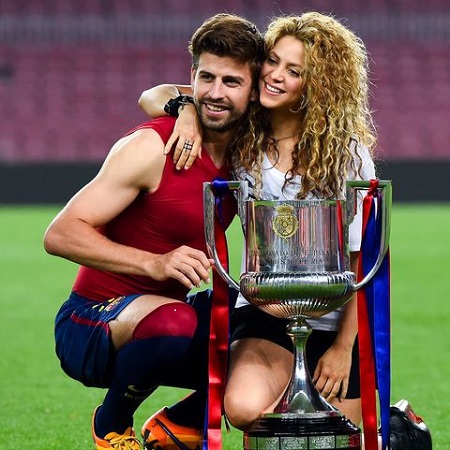 Shakira and Gerard Piqué are in a relationship since 2011 SOURCE: Oprah Magazine

In 2012, Piqué and Shakira announce they are expecting their first child. They had their son, Milan Piqué Mebarak on January 22, 2013. Similarly, they welcomed their second son, Sasha Piqué Mebarak, on January 29, 2015. 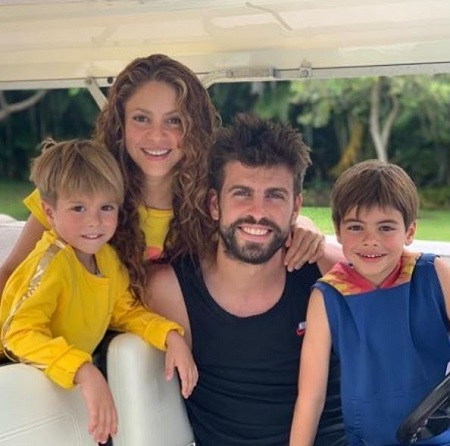 However, the parents of two don't have any plans to get married. In an interview with CBS, the world's biggest music stars, revel marriage is still scary for her. She said, "To tell you the truth, marriage scares the...out of me. I don't want him to see me as the wife. I'd rather him see me as his girlfriend." But still, Forbes magazine has heralded the pair as one of the most powerful couples on the planet.

What's more, Shakira came out with a song, "Me Enamoré" off her album El Dorado about her and Piqué's love story. The song was released in 2017 in which she addresses how she fell in love with his beard and lips first and also how they started a family and are still head over heels for each other.

Raised in Catalan family with his brother, Marc, Piqué's father Joan, is a businessman, while mother, Montserrat, is the director of a spinal injuries hospital in Barcelona. He is the grandson of Amador Bernabeu, a former vice-president of Barcelona.

In 2004, Piqué joined Manchester United academy, playing in there for four years. In 2008, he returned to Barcelona where he had spent most of his youth career. He helped the club to win trebles in 2008–09 and 2014–15. Not to mention, he one of four players to have won the UEFA Champions League two years in a row with different teams.

At the international level, he represented Spain national team where he had been capped 102 times with 5 goals (2009-18).