Emily Nixon Hill is a famous WAG. After her marriage to an American football quarterback and utility player for the New Orleans Saints of the National Football League, Taysom Shawn Hill.

Emily Nixon Hill was born as Emily Nixon. She celebrates her birthday on July 20. The exact birth year of Emily is a mystery to the public. Also, She has not shared her education and academic qualification. Emily seems to be very much supportive of her husband. She can be seen attending almost most of her husband's matches.

Emily is married to her longtime husband turned boyfriend, Taysom Hill. The love birds walked down the wedding aisle on April 12, 2014, in Salt Lake Temple. They were in a romantic relationship for more than a year before tying their wedding knot. Nothing much about their first meeting instance is shared with the media. 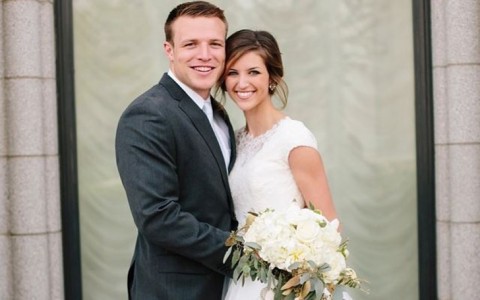 The wedding photo of Emily and Taysom SOURCE: Instagram @ts_hill

Emily and Taysom had a private wedding ceremony. Only a few members from both the families and some close friends attended the beautiful wedding ceremony. Following Hill's Instagram post, They first opened about their relationship in November 2013.

It's been more than six years of their wedding ceremony. There have been no rumors of the couple having low time in their marriage life.

Mother of a Newly Born Child

In early 2020, A rumor of the couple expecting a baby spread on social media. Soon after that, In April, Taymson posted an edited photo of the couple and a baby confirming the rumor. The photo captioned," We are beyond thrilled for our new addition to our family, coming August 2020!! " 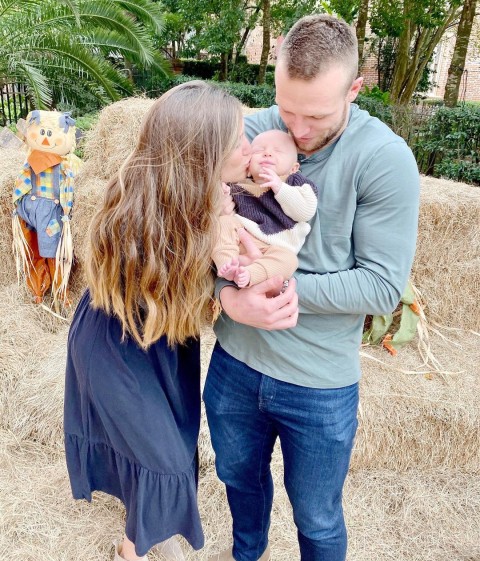 The family of two extended to three, welcoming a son, Beau Nixon Hill, on August 23, 2020. Both of them seem to be very much supportive of their children. Taymson keeps posting photos of his son regularly on his Instagram account.

Since Emily started dating Taysom, She is not involved in any economic activities. She seems to be enjoying her husband's earnings. As Taysom remains out of the house for his game, Hill needs to be at home looking after their children. Elin Nordegren and Edurne Garcia are two celebrities themselves, and WAG's living a blissful married life. 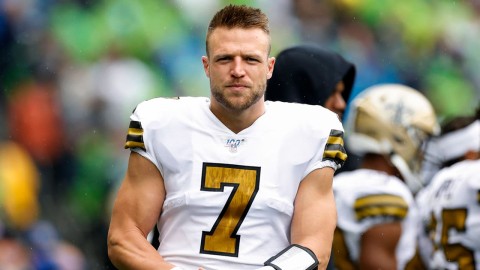 Taysom has a net worth of more than $20 Million SOURCE: NFL

Emily's Taysom has an estimated net worth of $20 Million. He has accumulated most of his net worth through his successful career of working as a Football player and his contracts with the clubs. In 2017, He signed a $465,000 contract with New Orleans Saints. He played under the same contract with the team until 2019.