Edurne Garcia is a well-established Spanish singer, actress, and television presenter. She came to the media's attention after she was part of the Spanish casting show Operación Triunfo on TVE. Edurne is also the partner of Manchester United Goalkeeper David de Gea.

Edurne Garcia was born as Edurne Garcia Almagro on December 22, 1985, in Madrid, Spain. Garcia seems to be the only child born to Yolanda Almagro and her husband, Tomas Garcia. Nothing much about her parent's profession is shared with the public. She started attending auditions as a child. At the age of 9, she became a member of the children's music group, Trastos.

Edurne Garcia is living a happy life along with her partner, David de Gea. The love birds have been together since 2010. However, They spoke about their relationship in 2012. Before that, Both of them were secretly dating each other. 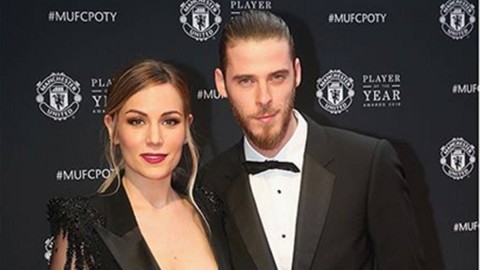 Edurne along with her partner, David at an event SOURCE: Getty Images

Edurne and David can be seen attending various events and functions together, holding hands with each other. Both of them seem to be very much supportive of each other. Although David and Garcia were in a romantic relationship, they lived separately until 2018. As Edurne worked in Spain and David remained in England.

When asked about the time of getting married and starting a family, David mentioned that both were at the peak of their career and wanted to spend some time with it. Edurne and her partner, David, are expecting a baby shortly. David posted a photo along with Garcia to announce the news.

Career At Spain Got Talent

In 2015, Edurne started to work as a judge for Spain Got talent. She has been working with it ever since. Garcia has had many ups and downs in her career before rising to fame. The singer started her singing career in 2006 after releasing her first album, Edurne. To date, She has released six albums. 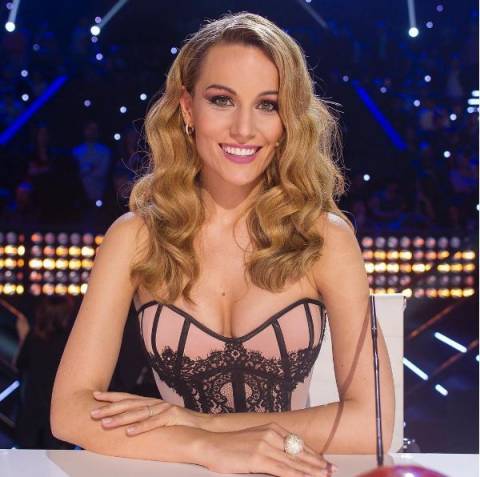 In 2019, The beautiful actress and singer released her first single. She worked as the host of someday show, Todo va Bien in 2014. Edurne has acted in more than two dozens television shows and series. She made her screen debut in 2002 with a short role of Marga in Hospital Central.

Edurne has been nominated in several national, and international awards function for her acting and singing career. The singer won her first major title of Naranja-Limón Awards in 2006. For her successful career, Edurne has earned one 40 Principales Award nomination.

Edurne Garcia has an estimated net worth of $500,000. She credits most of her net worth to her successful career working as a singer, actress, and television presenter. Catalina White is another celebrity wife living a happy life. 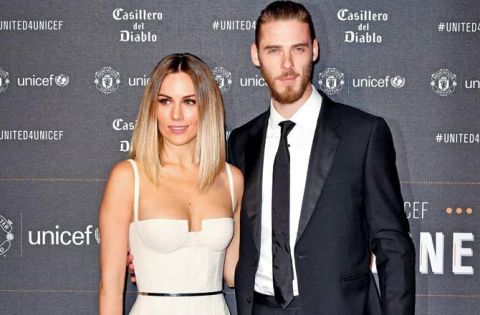 CAPTION: David de Gea along with his partner, Garcia at an event SOURCE: Getty Images

Edurne's partner, David de Gea, one of the highest-paid goalkeeper, has an estimated net worth of $30 Million in 2020. David De Gea signed a contract extension with Manchester United in September 2019 that keeps him at Old Trafford until 2023. He has an annual salary of $23 Million.