Elin Nordegren is a former model and a celebrity wife. Elin is best-known as the former wife of an American professional golfer, Eldrick Tont "Tiger" Woods. Elin even worked as a nanny.

Elin Nordegren was born as Elin Maria Pernilla Nordegren on January 1, 1980, in Stockholm, Sweden. Elin is among the three children born to her Thomas Nordegren and Barbro Holmberg. Elin's father is a Swedish journalist and writer, and her mother is a politician and the former Swedish migration and asylum policy, minister. She has a brother named Axel and a twin sister, Josefin. Nordegren graduated from Rollins College in Winter Park, Florida, with a degree in psychology.

Elin Nordegren is living a happy life along with her partner, Jordan Cameron. The duo has been dating for several years. In October 2019, the love birds welcomed a son. The exact information about their son is still under investigation. 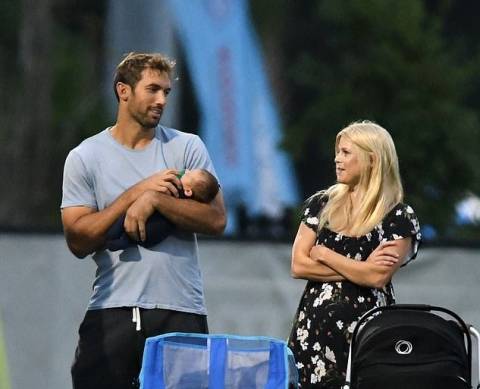 Elin along with her boyfriend, James Cordan SOURCE: Daily Mail

Elin is very much private about her personal life. The exact relationship status of Elin is under investigation. She is living a happy life, along with her children. The former Swedish model was involved in a romantic relationship with coal magnate and philanthropist Chris Cline.

Married Life with Tiger Woods; Why did the Couple Divorce?

Elin and Tiger got engaged in November 2003. They had been dating for several years before getting engaged. They married on October 5, 2004, at the Sandy Lane resort in Barbados. Soon after the wedding, the pair welcomed their first child,  Sam Alexis Woods. Their son, Charlie Axel Woods, was born in 2009. 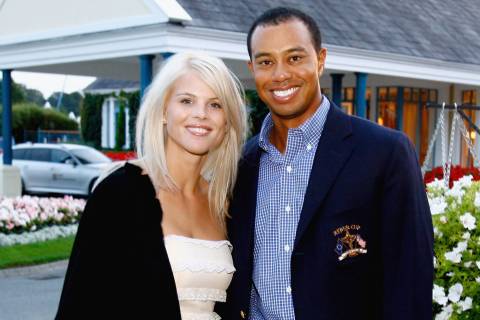 After seven years of marriage, Woods and Elin divorced on August 23, 2010. They were involved in one of the highest divorce settlements. She received $100 Million and purchased a $12 million Florida mansion built in the 1920s.

As per sources, Tiger was having an extra-marital affair and led to his divorce. After the divorce, Woods had many ups and downs in both his career and his personal life. He has been involved in more than one relationship. As of 2017, Tiger is in a romantic relationship with restaurant manager Erica Herman.

Net Worth In Millions (Source of Income and Properties)

Elin Nordegren has an estimated net worth of more than $100 Million. She received most of her net worth through her divorce settlement. She has added some amount through her acting and modeling career. Jaime Faith Edmondson is another celebrity wife living a happy life. 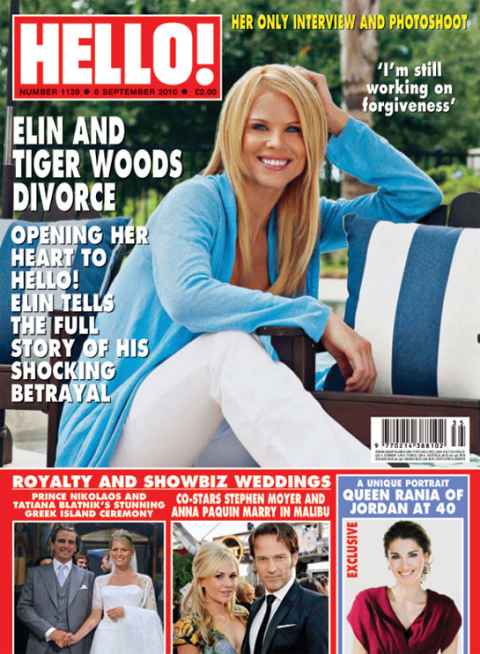 In 2020, Elin sold her oceanfront mansion in Florida’s North Palm Beach for $28.64 million. She had bought the lavish Mansion for $12.25 Million back in 2012. The 26,000 square feet mansion has Eleven bedrooms, 18 bathrooms, and breezy, light-filled living spaces that fill the palatial floor plan.

Elin's former husband, Tiger Woods has an estimated net worth of $800 Million. He has accumulated most of his net worth through his successful career in Golf. He was the top-ranked golfer in the world from August 1999 to September 2004. He has won thirteen major championships.