Dusan Lajovic is a Serbian professional tennis player who has one singles and 2X doubles titles on the ATP Tour under his name. He reached his best singles ranking of world No. 23 on 29th April 2019 and No. 104 in the doubles rankings on 8th June 2015.

How Much Is Dusan Lajovic's Net Worth In 2021? Prize Money

Turned professional in 2007, Dusan Lajovic has earned a tremendous sum of money through his ever-growing tennis career. His prize money to date is reported $5,928,566. Coached by Jose Perlas, he is ranked 33rd in ATP Prize Money Leaders. On the list, Danill Medvedev, Andrey Rublev, and Matteo Berrettini are ranked 1st, 2nd, and 3rd, respectively.

Like other athletes, sponsorship is another important source of income for tennis players. Currently, he is sponsored by Fila Tennis, Wilson Tennis, Ola Teeth Whitening Solution, and many others.

As of 2021, Lajovic's net worth is over $6 million. Nevertheless, the tennis player lives a lowkey life. There is no information available about his real estate properties and vehicles.

NO, the Serbian tennis player Dusan Lajovic is not married but in a long-term relationship with his beautiful girlfriend. The tennis player attracts the attention of the media not only because of his sports successes, but the media often put his lady Lidija Mikic on the list of the most beautiful girls in domestic tennis. 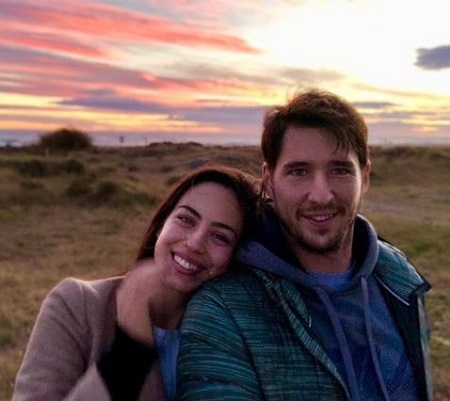 Lidija is not only his girlfriend but also a long-term emotional partner and his biggest support in the sport. How much Dusan loves and cares about his bae is also shown by his post on Instagram.

Turned professional in 2007, Lajovic initially played on the Futures circuit and the Challenger circuit, winning 6 (Singles) and (4 Doubles) ITF and 6 Challenger titles. For the first time in his career, he reached the quarterfinals at the 2011 St. Petersburg Open. The following year, he played in the Davis Cup, where he reached the finals of the 2012 Orbetello Challenger and ultimately won the 2012 Samarkand Challenger.

His first appearance in the main draw of the grand slam came at the 2014 Australian Open, reaching the second round but was lost to Kei Nishikori. Though he improved at the French Open again, he lost to Rafael Nadal.

In 2015, Dusan won first ATP doubles titles, pairing up with Radu Albot. Next year, he reached the quarterfinal of the Davis Cup. Progressing, he defeated five opponents to reach the fourth round, eventually losing to Pablo Carreno Busta in the 2016 Davis Cup.

In January 2019, Lajovic scored his 100th career victory and reached a new career-high ranking of world No. 45. At the inaugural ATP Cup, Lajovic assisted Serbia in making history as the first nation to win Davis.