Aleksandar Vukic is an Australian professional tennis player whose family is originally from Montenegro. Vukic played college tennis at the University of Illinois and graduated with a finance degree. He was named a 3-time All-American and 2017 Big Ten Athlete of the Year.

Vukic has played in many big tournaments. He made his Grand Slam debut at the 2020 French Open. Meanwhile, his ITF Tour debut came in May 2014, and his ATP single debut came when he played against Dusan Lajovic. Vukic achieved a career-high ATP singles ranking of World No. 117 on February 28, 2022. On the same date, he achieved a career-high ATP doubles ranking of World No. 394.

Aleksandar Vukic was born in Sydney, Australia, on April 6, 1996. His parents, Rad and Ljiljana, are computer engineers. Vukic grew up with his brother named, Vladimir Vukic. His family is originally from Montenegro. They moved to Australia, fleeing the war in the 1990s. Vukic's brother and mother first escaped the war, and later, their father came. During that time, Aleksandar wasn't born. After that, the Vukic family settled in Sydney. Besides, Vukic's brother, Vladimir, is working in private equity. Furthermore, the tennis player initially played football, and at the age of 13, he switched to tennis. At the age of 17, he traveled to Spain and began training. Vukic turned professional in 2018.

Vukic's Career Earnings: A Professional Since 2018

The right-handed player has been playing tennis professionally since 2018. Since then, he has been a significant part of multiple tournaments. He has taken home decent prize money due to his performances. His career earnings are $630,129. Taking his career earnings into consideration, it can be said that, Vukic has an estimated net worth of around $300,000. 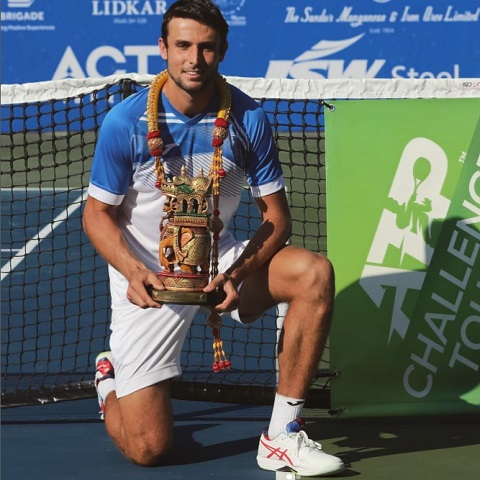 Vukic has received a good amount of money playing in grand slam tournaments. His grand slam prize money is more than $350,000. Likewise, he has already made his ATP debut. So, his ATP tour prize money is over $150,000.

Being a professional tennis player, Vukic has worked with some brands that may be paying him well. His Instagram posts show that Vukic is associated with Joma Sport and Babolat.

Once, Vukic also shared a photo wearing t-shirt from Jockey. Pablo Carreno Busta is also a tennis player who has worked with Joma Sport.

Love Life: Is Vukic Dating Someone?

Talking about his love life, Vukic appears to be a single guy. Until now, Vukic has not been engaged in rumors or controversies about having affairs with anyone. So, he is believed to be single and has no girlfriend. 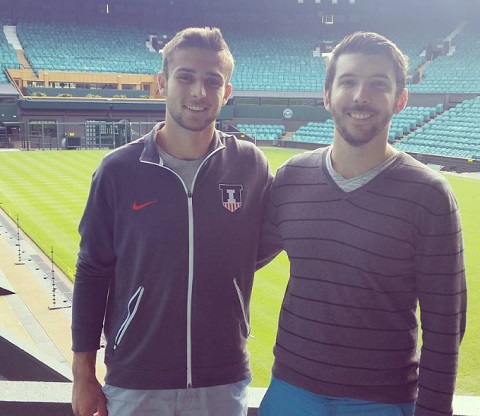 Besides, Vukic has decent followers on Instagram, where we can find him as @aleks.vukic. From there, Vukic often shares details about his personal and professional events. He seems to be a family person who loves having good times with his family members during his spare time.