Drew Timme is an American college basketball Power forward / Center for the Gonzaga Bulldogs of the West Coast Conference (WCC). He finished his high school career at J.J. Pearce High School, earning the District 8-6A Most Valuable Player and second-team All-State by USA Today.

Richardson, Texas native, Drew Timme was born on 9th September 2000, under the star sign Virgo. He holds an American nationality and is of white ethnic background. Further, the twenty-one-year-old stands 6 ft 10 in (2.08 m) tall and weighs 235 lb (107 kg).

Timme enrolled at J.J. Pearce High School where he averaged 27.7 points, 17.9 rebounds, and 4.3 assists as a junior and also earned the District 8-6A Most Valuable Player and second-team All-State by USA Today. During November of his senior season, he committed to play college basketball at Gonzaga over the offers from the University of Texas, Michigan State, Illinois, Arizona, and Alabama.

As a true freshman, he was mostly at the reserve, occasionally starting for the Bulldogs. On 8th February 2020, he scored a season-high 20 points in a 90-60 victory over Saint Mary's.

In the following season, Timme was named to the Preseason All-West Coast Conference team and the watchlist for the Karl Malone Award. On 27th November 2020, he recorded 28 points and 10 rebounds in a 90-67 victory over Auburn.

With his growing fame, Timme is projected as a late-first-round to mid-second-round choice. The 6-10 sophomore has the swagger, confidence, and passing ability to be a useful power forward in the NBA. The Gonzaga Bulldogs' power forward averages 18.9 points and 7.2 points per game.

He is one of four roosters: Jalen Suggs, Corey Kispert, plus Joel Ayayi from Gonzaga to the pros with possible lottery picks.

Is Drew Timme Dating? Know His Personal Side

There is no news confirming Timme being in a romantic relationship. The basketball power forward has remained two steps back when it comes to disclosing his personal side. 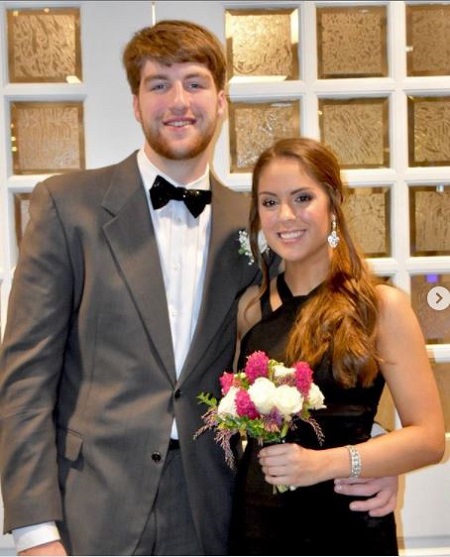 Active on Instagram with 69.9k followers, almost his all post are from basketball but has featured few pictures from his prom night. He went prom with his beautiful date and also shared it on IG. Similarly, his prom date, Lauren Hunt also shared the photos but that was that last post from both sides featuring each other.

Drew Timme, a sophomore from Gonzaga Bulldogs playing in the West Coast Conference does not get paid by the college team. Demanding a reform to rules that will allow for collegiate student-athletes to be compensated has always been a controversial topic in college basketball.

Further, Timme is regarded as the late-first-round to mid-second-round choice in the upcoming NBA draft. If he lands in any NBA franchise, first of all, there will multi-millionaire signing bonus with the seven-digit figure of annual salary.