Taevion Kinsey is an American college basketball player for the Marshall Thundering Herd of the Conference USA. Despite having offers from Kent State, Indiana State, and UNC Asheville, he opted to play for Marshall instead. He was honored with the Division II district Player of the Year and a member of the OPSA’s all-state first team during his junior season.

Taevion Kinsey was born on 10 March 2000, in Colombus, Ohio, the United States to an American family. He attended Eastmoor Academy in Columbus, Ohio, and is now having his higher studies at Marshal College. His elder sister, Tajanee Wells, also played college basketball for Ursuline College. He developed his skills for basketball from his early age.

In his junior season, he was awarded Division II District Player of the Year while he was in high school. Averaging19.5 points per game, he earned Division II All-State second-team honors in his senior season. 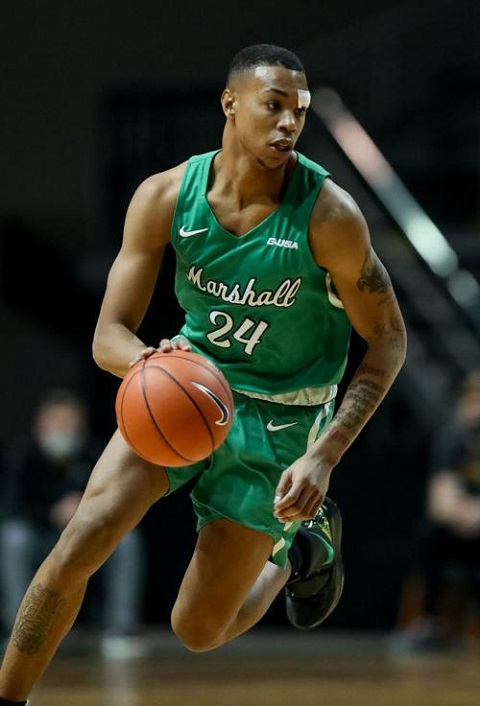 Kinsey for his team SOURCE: herald-dispatch.com

Appearing in all 36 games he was the team’s third-leading scorer with 10.5 points per game in the 2018/19 season. Kinsey led his team to the CollegeInsider.com Tournament championship in 2019, posting 21 points and 11 rebounds in a 90–70 victory over Green Bay.

He recorded a career-high 31 points and seven rebounds in an 80–64 victory over Wright State on 3 December 2020. The 21 years old point guard is still having his college career and is having good seasons with the team.

Talking about his personal life, the 21 years old player is quite private about his life. He hasn't revealed much about himself. Is he dating? Does he have a girlfriend? Or is he single? well, it seems that he doesn't have any girlfriend, or he isn't dating anyone.

He is focused on his career and his only love is his game and his career. He is still too young and has a lot more to achieve, so there might be time for dating or relationships in the future. He spends most of his time practicing basketball and he often loves to hang out with his mates.

Earnings and Net Worth of Taevion Kinsey

As of 2021, Kinsey doesn't have any known source of earnings as he is still a college player. Taevion Kinsey is still trying to be on top of his game and look for better opportunities from big clubs to have his future secured and have great earnings. 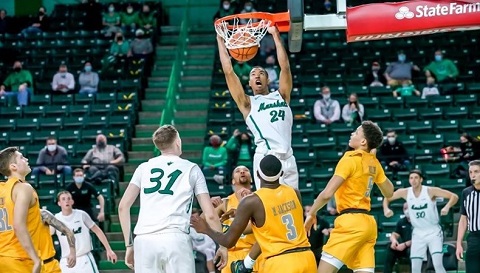 Taevion has decided to register his name for the NBA Draft 2021 and might be picked early as he is a very good prospect. He will surely get a contract worth millions after the draft. It is sure that if he remains on the top of his form for years he will have a huge net worth in the future. He too might sign endorsement deals with top sporting brands in years to come.