Jalen Suggs is an American college basketball player. He is currently playing for the Gonzaga Bulldogs of the West Coast Conference. For the team, Suggs plays as a point guard and shooting guard positions. He is among the top prospects for the upcoming NBA Draft.

Jalen Suggs was born Jalen Rashon Suggs on June 3, 2001, in Saint Paul, Minnesota. Jalen is among the three children born o Molly Manley and her husband, Larry Suggs. Nothing much about his parent's occupation is shared with the media. He has two younger sisters, Jennica and Jaelle. After graduating from Minnehaha Academy, Jalen enrolled at Gonzaga University.

How Much is Jalen Suggs Earnings and Net worth?

Jalen Suggs is very much early in his career. He shall be earning much more in the days to come. Suggs has started to play with his College team. As per sources, Players get some money for the games with the college team. However, the exact figure is not known to the media. 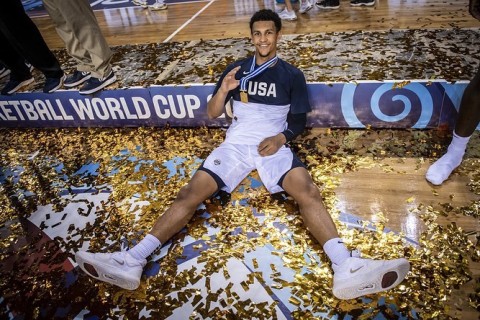 Suggs must have earned a good figure from his appearance with the national team. He has won three gold medals for his national teams to date. Scotty Pippen Jr. is another famous rising American college basketball player playing for Vanderbilt University's team.

Jalen is an active social media user. He keeps photos of him along with his teammates and his family regularly. Following his posts, It seems like Jalen is living a happy single life. He is much early in his professional career. 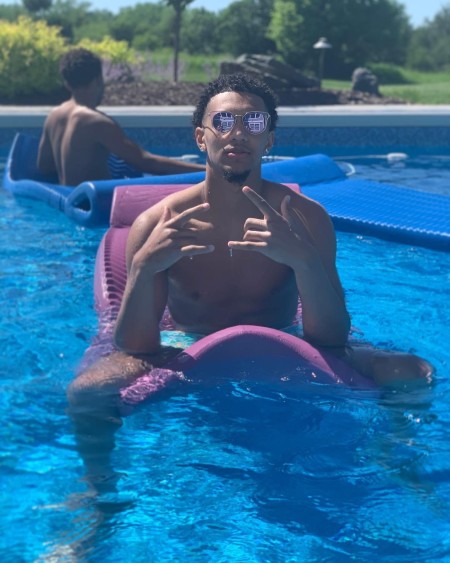 Minnesota native Jalen must be focusing on his career rather than spending time with people. He is very much committed to his games. The player could secretly be dating someone and waiting for the right time to open about his relationship with the people.

Jalen started playing basketball as early as he could walk. Although His parents did not play basketball, His cousins Terrell Suggs, Eddie Jones, and several others have played NCCA Division basketball and Super Bowl. Jalen started his games with his school team. Suggs was a starter at the varsity level as an eighth-grader.

In his Freshman year, Jalen's school won the Class 2 A state championship. He scored 22 points in the final match against Crosby-Ironton High School. After the final, Suggs was named as the MaxPreps Freshman All-American first team. He won several honors during his sophomore year. In his final year, Jalen started the season with an average of 23.3 points, 7.5 rebounds, five assists, and 3.9 steals per game, but the game season was but due to COVID Pandemic.

Suggs also played for his High School Football team. He left as his school's all-time leading scorer, with 2,945 career points. After finishing High School, He got offers from several universities like Florida, Iowa State, Minnesota, but he chose to remain with Gonzaga University. Jalen has been playing at the peak of his games with his University team. He was considered the top-prospect in American football, but it seems like he will not continue with the game anymore.