Domagoj Vida is a Croatian footballer who plays for the Greek club, AEK Athens and the Croatian national team. The 33 years-old professional has played for different clubs like Osijek, Bayer Leverkusen, Dinamo Zagreb, Dynamo Kyiv, and Besiktas.

He is capable of playing in any defensive position but his defined role is as a center-back or right full-back. Vida was a crucial member of the Nationa Team at the FIFA World Cup 2018 who played the final of the tournament. His net worth is not yet revealed but is expected to be about $3 million.

Net Worth and Salary of Domagoj Vida

The Croatian defender's weekly wage is expected to be about $25,000 weekly and earns about $1.2 million in a year. He might get a good amount as a bonus for reaching the final of the FIFA World Cup.

Vida is a married man and is a husband to Ivana Gugic. Ivana was an economics student and is the winner of Miss Croatia 2014. The couple were dating in the year 2014 and tied their marital knot in June 2017. 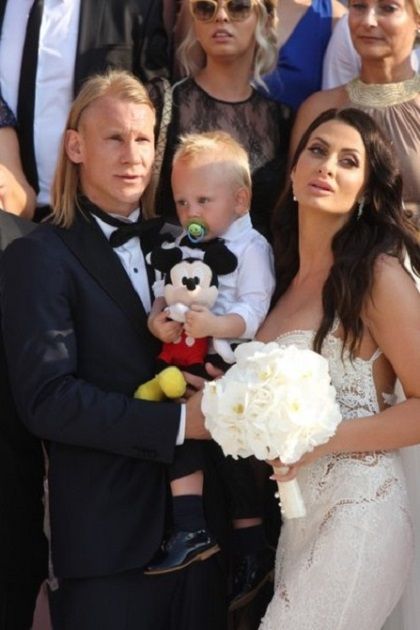 CAPTION: Vida with his son David and Wife Ivana on his wedding day SOURCE: article bio

The couple has a son named David together. David was born before their marriage in September 2015. Vida is happy in his marriage and lives a private life away from the reach of the tabloids and media.

Vida was born on April 29, 1989, in Našice, Croatia to parents Rudika Vida and Željka Vida. His father Ruidka is a former footballer and the inspiration for Vida to pick up the profession. He has a brother named Hrvoje Vida.

Vida spent grew up in Croatia and his youth was spent in Croatia rising through the youth system to be a professional footballer in the future.

Vida first featured with the senior team in the 2006-2007 season at the age of 17. He made 12 appearances in his first season. In the 2007-2008 season, he was featured more regularly which was a credential to his talent as a footballer.

Vida was signed to German Bundesliga side Bayer Leverkusen on 29 April 2010. His time in the club was short-lived and he was with the club for only one season. His first debut with the club was on 5 March 2011, coming in as a substitute for the injured Manuel Friedrich. It was his only appearance in the league and he would only go to make appearances in the UEFA Europa League.

After the short-lived one season on Bayer Leverkusen, Vida was announced to join Dinamo Zagreb on 14 June 2011. His signing fee was not disclosed to the media. During his time in Dinamo Zagreb, he was surrounded by controversy.

He was thrown out of the first team on September 24, 2012 following his action of opening a beer while the team was on their way to a cup match. He also had several altercations with Dinamo head coach Ante Cacic prior to this accident. He was fined a record €100,000 for his actions.

Vida penned a five-year deal to Ukrainian Club Dynamo Kyiv on 2 January 2013 for a transfer fee of €6 million. The first debuts for the team on 14 February against Bordeaux which ended in a 1-1 draw. His first debut match in the Ukrainian Premier League was on 3 March 2013 against Kryvbas Kryvyi Rih. 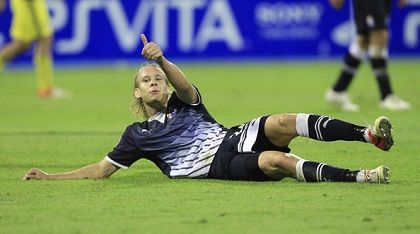 Vida played the first three games for Dynamo as a right defender and would later play as a center-back. Vida played a vital role in Dynamo winning their Ukrainian Premier League title in 2015.

Vida scored the winning goal on 17 May 2015 against Dnipro Dnipropetrovsk to clinch the league title. It was the first title that Dynamo had won in six years.

Vida transferred to Besiktas with a four-and-a-half-year contract on 3 January 2018. His first game with the team was on 21 February 2018 which ended in a 2-1 win over Antalyaspor. After spending four seasons with the club, The player moved to Greece and joined AEK Athens.

Vida has been a member of the Croatia national under-21 team. His first international debut in the Croatian team was in a 2-0 win against Wales in Osijek which was held on 23 May 2010.

He was also a part of Croatia's national team in the 2011 UEFA Euro 2012 qualifiers. The team secured a place in the finals and his only appearance was in the starting lineup for Croatia's final group match which was a 1-0 defeat to Spain. 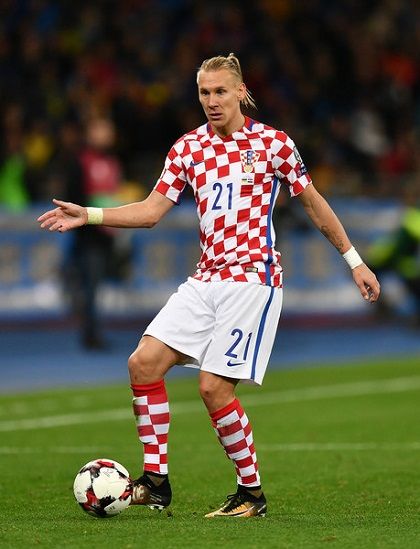 For the 2014 FIFA World Cup tournament, Vida was also selected as a part of the Croatian squad but he remained as an unused substitute throughout the tournament. He was able to make an appearance on the international scene during the UEFA Euro 2016 qualifiers where he made appearances in three matches at the finals.

Vida was part of the 32-man squad led by Luka Modric for the 2018 World Cup and was announced as part of the squad in May 2018. The team that included players like Daniel Subasic, Mateo Kovacic, and Ivan Rakitic reached the final of the tournament.