Luka Modric is a Croatian professional footballer who plays for the Spanish club Real Madrid and captains the Croatia national team. He plays mainly as a central midfielder and an attacking and defensive midfielder.

He is widely recognized for his attacking game and dribbling skills. He is one of the greatest midfielders, often compared with Iniesta and Kroos.

Modric's Net Worth and Salary

Luka Modric has an estimated net worth of $30 million, including all of his properties and earnings. Modric currently receives an annual salary of £14,300,000 from his present club Real Madrid. 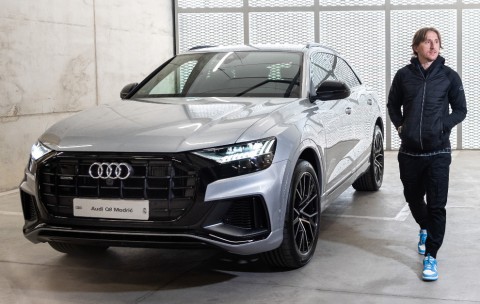 Luka Modric owns a few of the best luxury cars in the world. The Car brands owned by Luka Modric include Range Rover and Lexus. His current market value is $25 million, and he is ranked 120 of the most valuable player.

Luka Modric was born on September 9, 1985, to Stipe Modric and Radojka Modric in  Zadar, SFR Yugoslavia. His childhood was troublesome, and he had to leave home when he was six. He is Croatian by nationality, and there is no info about his ethnicity. His birth sign is Virgo.

From an early age, he has shown a keen interest in football, football was in his blood, and at the age of 11, he started his youth career with Zadar and played with the team from 1996 to 2001; later that he also played for Dinamo Zagreb. 2012 was incredible; he got an opportunity to be a prominent Real Madrid team member. He is a successful player for Real Madrid and is highly praised for his performances.

He debuted as a Croatian Intl. player against Argentina in March 2006. He has represented Croatia in four major tournaments; the 2006 FIFA World Cup, the 2014 FIFA World Cup, and UEFA EURO 2008 and 2012. He scored his first Internationa goal in a friendly match against Italy. He was the captain of the creation national team in the 2018 World Cup, and the team's vice-captain was Ivan Rakitic.

Talking about his personal life is as perfect as his professional career. Currently 36, Modric is a married man. He has a beautiful wife and cute children too. He dated his present wife, Vanja Bosnic, for about half a decade. They started dating each other after 2006, and lastly, they celebrated their wedding in 2010. 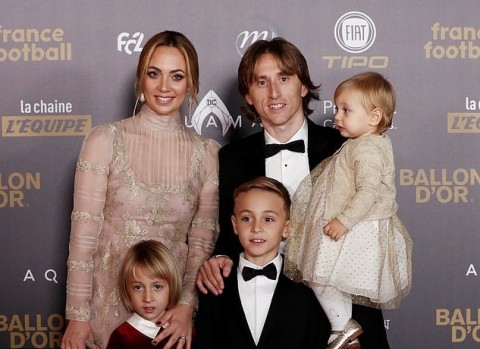 Luka attends an event with his family  SOURCE: Marca

He has spent his ten blissful years with his wife. He is loyal to his wife and does not engage in an extramarital affair. They together have children a son and two daughters. Their son Ivano was born on June 6, 2010, their eldest daughter Ema was born on April 25, 2013, and their younger daughter Sofia in October 2017. He has made a perfect balance between his professional life and personal life.

He loves his family more than his life, and he loves to live a quiet family life. He has never been subject to any controversy. Furthermore, there is no news of his injury. However, he suffered injuries while playing for Croatia in the Euro 2016 qualifier against Bulgaria on October 10.