Davide Faraci is an Italian-Swiss boxer who competes under the light heavyweight division. Turned professional in 2016, his boing record shows (15-0-0) win-loss-draw.

Baden Dattwil, Switzerland native, Davide Faraci was born on 5th September 1991, under the star sign Virgo. His parents are Italian and Faraci grew up bilingually.

On 26th December 2016, Faraci made his professional debut in Bern where he defeated Kristof Mate by knockout. In June 2019, he won the Italian light heavyweight championship. On 10th July 2021, he is expected to face Lyndon Arthur.

David Faraci has earned a considerable amount of money through five years as a boxer. Though his fight purse is yet to disclose to the public, the boxer is believed to pull out no less than the five-digit figure from his fights. Besides, he also has a handful of sponsorship which helps him to add extra bucks to his account. As of 2021, his net worth is estimated at $0.5 million.

David Faraci is a married man. However, the boxer has not much information about his wife. He first posted his love on his Instagram in 2015. Then that another post came later two years but this introduced her his wife. Seems like the couple tied the knot that year. 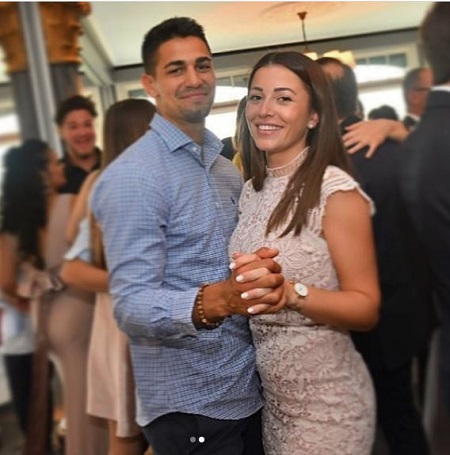 Though he often posts his wife on his socials, we still do not know her name or any other information. The wag has maintained her life as low-key as possible.