Darren Till Weighs 185 on 5th September: Can He Make 170 by Friday? Woodley Ain't Fighting Usman if Till Misses Weight, What Should the Viewers Expect? 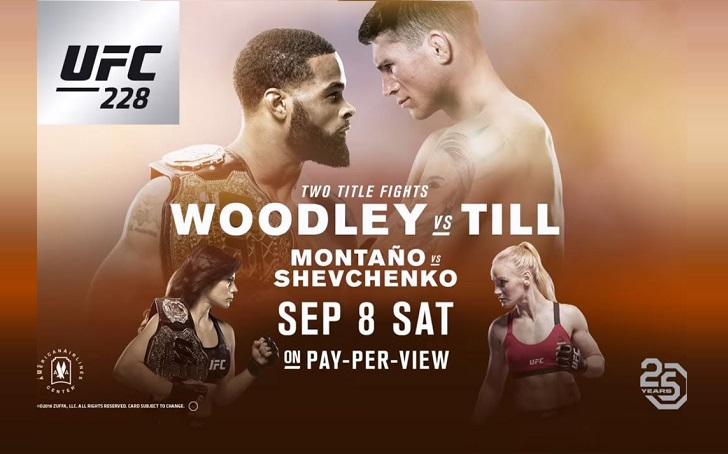 To be honest, Welterweight champion Tyron Woodley has more fans backing him up now, as he is now a known Hollywood face, TMG's Host, A rap artist, Comedian, and UFC Welterweight Champion. Though it looks as if T-Wood AKA the Chosen one was busy developing his show-business career, he wasn't far away from the octagon, and all he did was made some extracurricular activity.

He looks in shape and has never missed weight all his life, have fought tough bones like Wonderboy Thompson, and Demian Maia, but recently he outed that he will not fight Kamaru Usman if Darren Till misses weight, whereas the current interim Welterweight champ and the most hated UFC loudmouth Colby Covington is busy dissing Nike's just do it campaign's new pick Colin Kaepernick and doesn't seem interested in stepping up and filling up the void despite his vocal camp for the strap.

I grew up in Oregon and was around @Nike my whole life. It's funny watching a company that uses child slave labor overseas to make their products all of a sudden become humanitarians. #PatTillman is an NFL/American Hero. @Kaepernick7 is just a spineless sack of shit. #NikeBoycott

As per Till, he is 185 and has to shrink to 175 within two day's time, which seems a pretty tough job. Though the unbeaten brat Darren Till has said that he weighed 185 lbs, two days prior to fighting Donald Cerrone (Cowboy), but it looks like a tough job as he missed out on Stephen Thompson at UFC Liverpool event. So, UFC was looking up to Nigerian-American fighter Usman for a fill-up, which now seems impossible as the champion has refused to fight him straight up.

The UFC 228's main card is still in the danger of getting trashed, so all of the fight fans are counting on Till to do the job properly and get things done before the official weigh-ins.