Besides football, other sports are also trending globally. And the heavyweight boxing champion Oleksandr Usyk falls under the topic. And the WBA has issued an order for Usyk to face Daniel Dubois for a mandatory title defence. Oleksandr currently holds a clean slate and is undefeated. The Ukrainian fighter won thirteen matches via knockout and seven by decision in his twenty fights.

The defending champ's opponent, Daniel, also holds an impressive record. Dubois has nineteen wins and a single loss in his professional boxing record. Out of those 19 victories, he won eighteen matches by knockout and one by decision. Daniel's most recent win was on December 3, 2022, in his bout with Kevin Lerena. And he won his WBA Regular heavyweight title by defeating Trevor Bryan earlier on June 11, 2022.

Before reining as the Unified Heavyweight Champion, Oleksandr Usyk won his first title in the cruiserweight class. Usyk would win his first of many championships in the WBO interim Inter-Continental Cruiserweight title in his fight with Daniel Bruwer on October 4, 2014. And two years later, he bagged Cruiserweight Title in his bout with Krysztof Glowacki. Oleksandr Usyk owns multiple titles as of 2022, and WBA Super is one of them. SOURCE: [email protected]

Moving up the card, Oleksandr would switch his class to heavyweight in 2020. And by October 31, 2020, Usyk won his first heavyweight title. After a year, on September 25, 2021, the Ukrainian fighter would face the WBA Super, IBF, WBO, and IBO heavyweight champion, Anthony Joshua.

Many fans watching the fight placed their bet on Joshua retaining his championships, but with a twist of fate, Oleksandr came out as the new champ. Anthony received his rematch the following year and faced the defending champion on August 20, 2022. And like their first encounter, Usyk won by decision, retaining his championship titles and making The Ring Heavyweight Title his.

WBA picked Daniel Dubois as the mandatory Challenger for Usyk and his WBA Super Title!

An athlete's biggest target is the top, so many boxers want a shot at Oleksandr Usyk and his titles. But, for now, Daniel Dubois, a British boxer, gained the opportunity to de-throne the champion. And Like Usyk, Dubois also boasts an impressive record, with 19 wins and one loss. 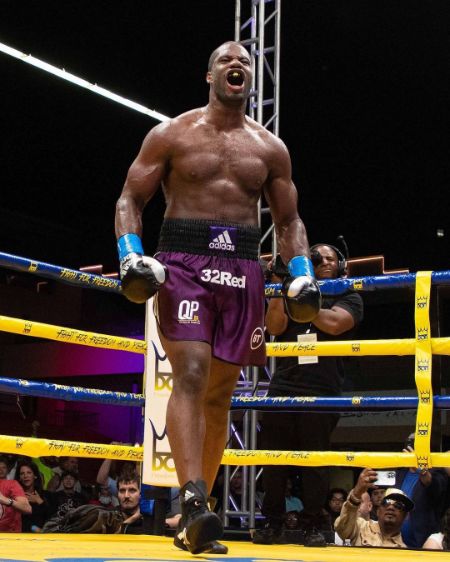 Daniel is no stranger to titles, as he has won multiple titles over the years. And now, Dubois can win WBA (Super) Heavyweight Title. However, Tyson Fury got in the mix and proposed a bout to unify the heavyweight titles. On the same note, World Boxing Association remains adamant about making the Usyk and Dubois fight.

Daniel will be able to fight the unified heavyweight champion if the unifying match moves forth. And things between Fury and WBA Super champions got heated, and the unification bout might be a reality.

Will Oleksandr Usyk be able to retain his titles from either Daniel or Tyson?

Going through his history, Oleksandr Usyk managed to defy the odds. And Oleksandr is one of the undefeated boxers of his era. The Ukrainian boxer won the majority of his fights via knockout. And yes, the reining champion does pack quite a punch.

Tyson Fury also commands an impressive record. Fury has fought 34 fights and is yet to lose. However, Tyson holds 33 wins and a single draw. His professional boxing record isn't as clean as Usyk's, but it is commendable nonetheless.

Oleksandr Usyk earned a fortune that could last him a lifetime!

As the undefeated heavyweight champion, Oleksandr Usyk commands massive wealth. And with his successful title defense against Anthony Joshua made sure to hike up his already substantial riches. Usyk's bout with Anthony alone brought him half of the £65 million that Saudi Arabia paid so they could host the match. 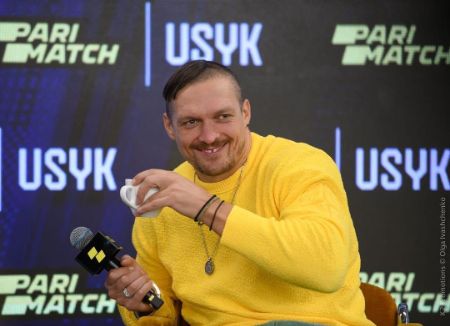 Oleksandr Usyk commands millions of dollars as his net worth. SOURCE: [email protected]

Oleksandr Usyk joined the Ukrainian armed forces, Territorial Defence Forces, in February 2022. However, Usyk had to leave Ukraine to train for his title defense. And by late March 2022, Oleksandr left the country to prepare for his fight with Anthony Joshua.