Hailing from Nantwich, England, Nathan Gorman was born on 25th June 1996, under the star sign Cancer. He holds a British nationality and is of Caucasian ethnic background. Further, he stands 6 ft 4.5 in (194 cm) and weighs 73 in (185 cm).

How Much Is Nathan Gorman's Net Worth?

Though there is no detail on Gorman's salary per fight, he is expected to make no less than the five-digit figure per fight. As of 2021, his net worth is approximately $0.5 million.

Nathan Gorman is a married man and shares two children with his wife. In April 2017, he with his spouse welcomed their 1st child a son. Further, they had their baby girl in July 2019. Scrolling through Gorman's Instagram, he often shares adorable pictures with his family. 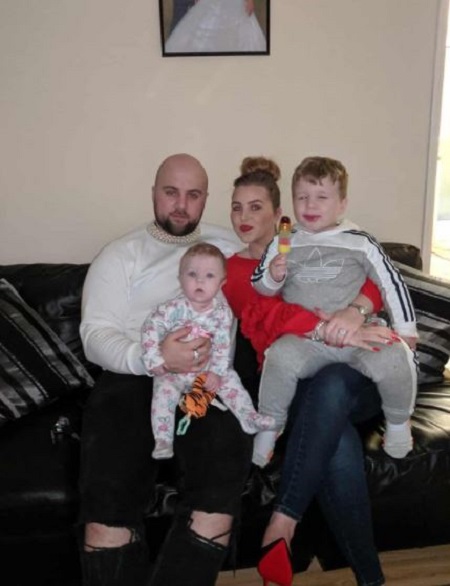 On the contrary, Mrs. Gorman is a private person. Though her photo can be seen on her hubby's IG, she is nowhere to be found on socials. Unlike other Wags, Gorman's wife prefers no media attention.

Comes from A Traveling Family And Related To Tyson Fury.

Gorman's mother is related to Tyson’s dad John, and they are second cousins. 2X world heavyweight champion Tyson and Nathan met each other through boxing and family when Nathan turned 17. Since the two cousin shares a strong bond. 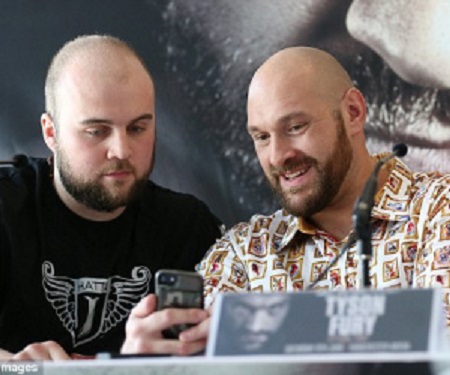 For vacant British heavyweight title against Daniel Dubois in July 2019, Gorman received words of advice from Fury, and the Gyspy King has told his fellow heavyweight exactly how to win.

Before turning pro, Nathan won the youth ABA in Manchester. On 15th December 2015, he made his professional debut, against Jindrich Velecky at the Walsall Town Hall. He won the bout in the third round via technical knockout (TKO). Following four-bout, on his sixth fight on 1 October 2016, he defeated David Howe to win the vacant Central Area heavyweight title.

In March 2019, he won against veteran Kevin Johnson by UD. Four months later, he had his career's first loss against Daniel Dubois fighting for the vacant British heavyweight title.