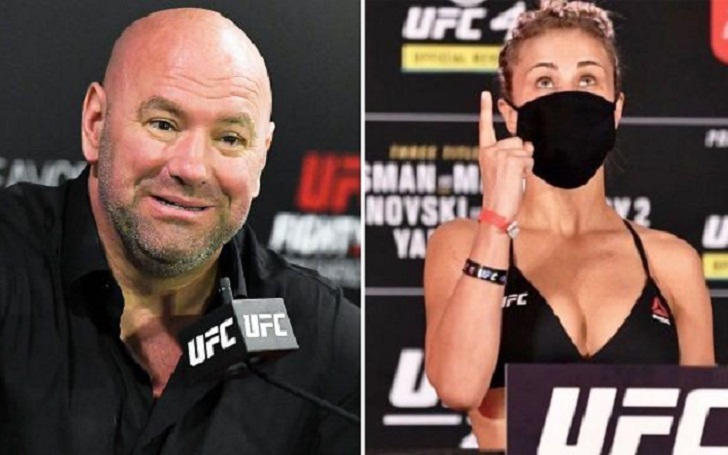 Instagram model and UFC fighter Paige VanZant might have been hoping for a contract extension from UFC but the UFC president ended her hope of fighting at UFc after her poor performance at 251. Paige faced a brutal first-round loss against Amanda Ribas which also happened to be the last fight of her contract.

The model who also appeared on America’s Dancing With The Stars with the fame she got from UFC, revealed that she was paid low and also said that she was making more money from her social media. Her fanbase increased after she appeared in the American reality show.

VanZant's loss on Fight Island was 4th among her last 6. After her poor performance, UFC president Dana White apparently told her that her UFC career has ended and she should try somewhere else.

"I like Paige. It's like [Curtis] Blaydes, when Blaydes fought last. When you talk all that stuff, 'I'm not being paid enough,' and fighting inconsistently, one time in the last year, injuries, and then got smoked in the first round of the fight, she should definitely test free agency."

For VanZant, she falls victim to a classic example of farewell matchmaking from the UFC. If she wants to keep fighting, there are plenty of flyweights out there she can beat, and I can name at least two promotions who would likely welcome her with open wallets. #UFC251

Paige started her career at the age of 20 and had a great start winning her first three fights. She then went on to get knocked by Rose Namajunas, Michelle Waterson, and now Ribas. Though her UFC dream has ended she can still do well as a model and influencer as she has more than 3.5 million on social media.