Dana White on Jose Aldo's thoughts on moving to Bantamweight division: “There’s no way that kid can make 135 pounds” 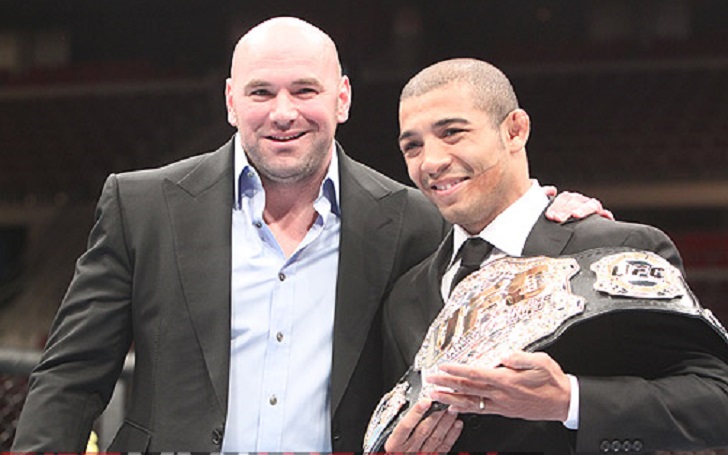 UFC president Dana White has ruled out Jose Aldo's decision to move down to the bantamweight decision. The former featherweight champion revealed that he would like to go down to 135 lbs to fight champion Henry Cejudo.

Aldo has fought at 145 only throughout his career and is also regarded as one of the best featherweights. Earlier, he was in talks with UFC to move up to 155 to fight Anthony Pettis after he had difficulty for the weight cuts.

“Aldo sent me a text telling me he wants to do this so we really haven’t talked about it. But there’s no way that kid can make 35 pounds. No way. You remember when he was the champ how hard it was for him to make 45 pounds and he’s not getting any younger.

“So I haven’t even taken that serious. Love Aldo, I want to do what he wants to do but I don’t think I want to see him try to cut to 35. I don’t think that’s going to be good for him.”

White responded when asked about his request to fight the bantamweight champion.

Putting his retirement plans aside, Aldo inked a new deal with UFC recently and also suffered a unanimous defeat against Alexander Volkanovski.

He wants to test his strength moving down to 135 which White doesn't want.

However, Aldo believes, he could make the weight easily without harming himself.

“When I talk about something I’m talking seriously and for real,” Aldo wrote on Twitter. “I already made a test and I can make this weight!!

@danawhite when I talk about something I"m talking seriously and for real. I already made a test and I can make this weight!