Croydon, England native, Craig Richards was born on 30th April 1990, under the star sign Taurus. The thirty-one years old holds an English nationality and is of Afro ethnic background.

In Craig's recent bout against Dmitry Bivol, he pulled out £300,000 on 1st May 2021 at AO Arena, Manchester, England. However, this is the only available information regarding his fight purse. From his recent fight purse, it can be assumed Craig's makes no less than the six-digit figure.

Outsides the ring the boxers have sponsorships and endorsements like other athletes. 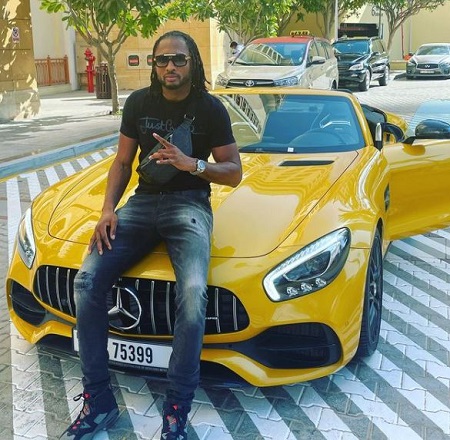 As of 2021, Craig Richards' net worth is approximately $0.5 million. Scrolling through his Instagram, it appears the boxer has quite a lavish lifestyle. He rides a Mercedes Benz.

Noting is known about Craig Richard's love life, not even his relationship status. To date, no media has published about his affair or girlfriend neither any paparazzi has caught him with a lady who is assumed to be his potential girlfriend. Seems like the boxer prefers his personal life low-key.

On 17th March 2017, he had his career's first title South Area super-middleweight title after defeating Alan Higgins.
On 28th October 2017, Richard challenged for the British light-heavyweight title against Frank Buglioni at Principality Stadium, Cardiff, Wales. He lost the fight via unanimous decision.

On 1st May 2021, he faced Dmitry Bivol at AO Arena, Manchester, England for WBA (Super) light-heavyweight title. He lost the fight via unanimous decision.