British Light-heavyweight titleholder Shakan Pitters is a rising professional boxer. He has been holding the title since August 2020. It's been just three years of his professional debut match, but he has already made his name on the global stage.

Shakan Pitters was born on July 31, 1989, in Birmingham, England. He seems to be the only child born to Collin Pitters and his wife. His father was also a boxer and remained the primary source of inspiration to Shakan. He comes from a pro boxing family and has been with it for generations. There is not much information about his education and academic qualifications with the media.

Net Worth and Earnings from Boxing

Shakan Pitters has an estimated net worth of more than $500,000. He credits most of his net worth to his successful career in boxing. Pitters is very much early in his career. He shall be earning much more in the days to come. Pitters has won his first fourteen matches and is yet to lose a single match professionally. Floyd Mayweather is another boxing legend who is still undefeated in his professional match. 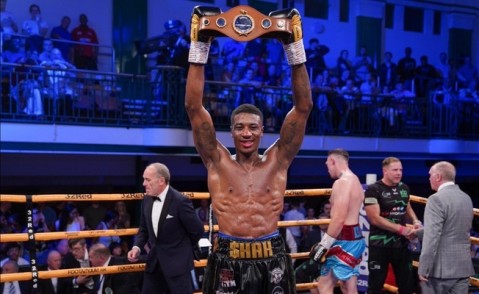 Father of a Daughter; Who is his Wife?

Shakan is an active social media user. He keeps posting photos of him along with his daughter and his girlfriend. Pitters has been involved in a romantic relationship with his girlfriend, Timea Putz, for more than three years. The boxer has not shared information about his girlfriend.

Following his posts, we can see that the duo first opened about their relationship in March 2018. Timea is a fitness trainer. The duo can be seen going to famous holiday destinations in Europe. 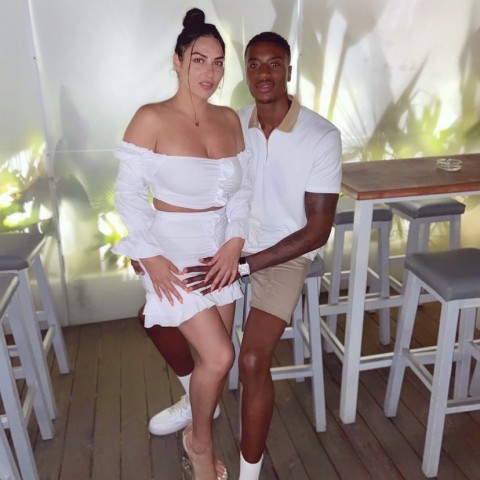 Shakan shares a photo with his girlfriend SOURCE: Instagram @shakanpitters

Pitters is the father of a daughter. His daughter was born in November 2015. Pitters has not shared about the biological mother of his daughter. Shakan is very much close to his daughter and keeps posting photos of her on his Instagram account. His fans are waiting for him to tie his wedding knot with Timea and start a family soon.

Shakan started his career as a football player, but he had an injury that forced him to switch to boxing at sixteen. Shakan trained for some years before making his first match in 2017. He debuted up against Remigijus Ziausys and won the match in the 4th round via a points decision. The same year, He had four matches, which he won via a points decision.

In 2018, Pitters won his first competition final up against Dec Spelman. He won the Ultimate Boxxer II completion and came to the limelight. Shakan won his first title of English light-heavyweight title in 2019, defeating Chad Sugden. He is scheduled to defend his title up against Craig Richards in the upcoming match.