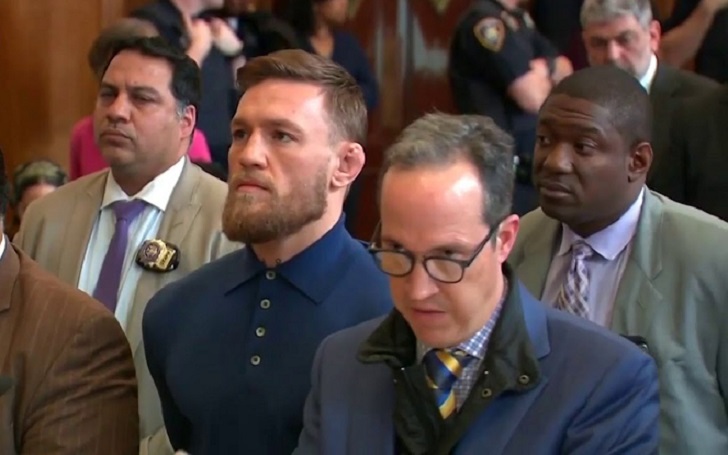 It seems like it will take some more time to forget the bus attack incident done by Conor McGregor ahead of the UFC 223. While the other people have stopped caring about it, the people involved in it seems to have still kept it in the memories.

A week after Rose Namajunas' coach revealed about the bad effect of the incident on her mind, the other victim Michael Chiesa has filed a lawsuit against the Notorious.

Chiesa was scheduled to fight Anthony Pettis at UFC 223 but had to pull out the fight suffering a cut after McGregor attacked the bus carrying UFC fighters.

TMZ Sports also reported that Chiesa has mentioned "severe emotional distress, mental trauma and/or bodily harm" on his suit. He is suing McGregor for assault, battery and intentional infliction of emotional distress.

Chiesa might be seeking financial support as a part of the paychecks he lost but has not clearly mentioned.

Maverick has also blamed the Barclays Center for the poor security system and negligence.