A Danish attacking midfielder Christian Eriksen played for the Seria A giant Inter Milan since 2021. After transferring from Ajax, he played for the English Club Tottenham Hotspur for seven years in 2013. He is the attacking midfielder and played a crucial role in Denmark to qualify for Euro Cup 2020. He collapsed on the ground during Denmark's Euro Cup opening game against Finland.

He played for Ajax before joining Tottenham and has been honored with the Danish player of the year four times in the last five years. He also won the Serie A 2020-21 with Inter Milan. The 30-year-old playmaker currently has a net worth of around £30 million.

Christian Eriksen was born on February 14, 1992, in Middelfart, Denmark, to Thomas and Dorthe Eriksen and had a sister, Louise Eriksen, who is the national player for Denmark's national female team. He grew up in Middlefart, Denmark.

Christian Eriksen's Net worth and Salary

A talented midfielder and highly sought-after European player, Christian Eriksen's total net worth is estimated to be £30 million. He reportedly earned around £243,000 weekly from the Serie A champion and was one of the highest-paid players on the team, with an annual salary of £12,636,000. Earlier, his salary was £130,000 weekly.

Eriksen was rumored to receive a new deal from Tottenham in 2020 with the offer to increase his salary by 150%, which would see him earn $200,000 weekly from the Club. The value would also make him one of the highest-paid players in the Premier League. However, he was sold to Inter Milan after the contract expired. In 2022, The player joined Manchester United on a three-year contract.

He endorses Nike and Adidas brands and has appeared in a commercial for Nike Green Speed. He also owns several expensive cars, including an Audi car.

The star Danish midfielder is dating his girlfriend, Sabrina Kvist Jensen. The couple has been in a relationship since 2012 and has already been together for seven years.

Sabrina was born in Tommerup, Denmark, and completed her hairdressing education in her country before moving to London to live with her boyfriend. She worked for a clothing company there. 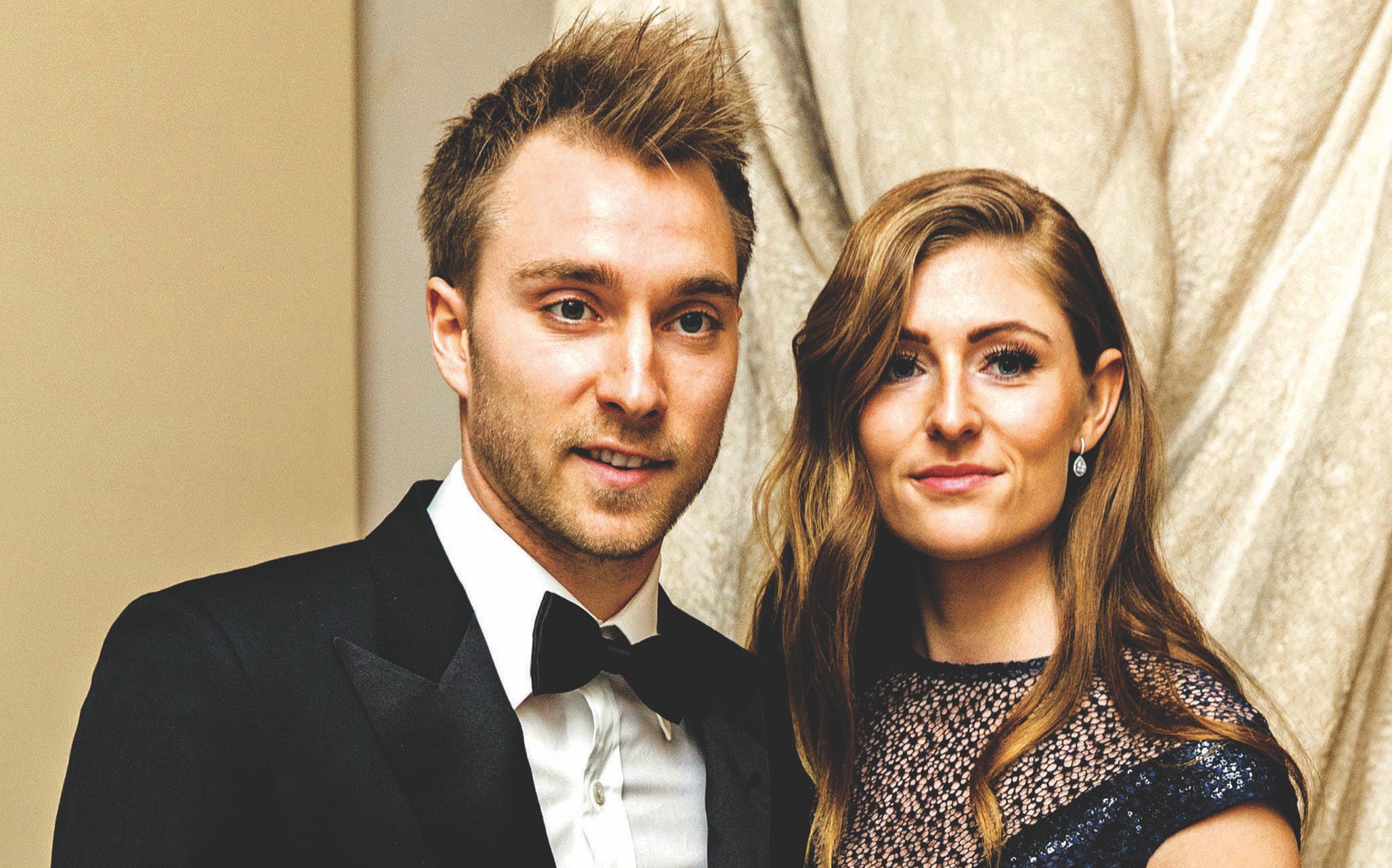 The Hotspur star revealed that his wife was pregnant in December 2017. He posted a photo on Instagram and captioned it, "Mum & Dad to be #proud #2018."

The couple became the parents of their first child in 2018. 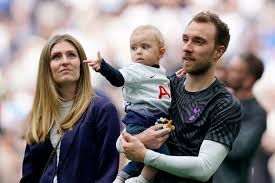 In late September 2019, a fan page close to Tottenham Hotspur claimed that his teammate Jan Vertonghen slept with his wife Sabrina, and the dressing room split into two groups. However, there are no proofs found yet.

While growing up, the Danish midfielder studied the tapes of greats like Ryan Giggs, Zinedine Zidane, and David Beckham to copy and learn from them. He started very early, at the age of 3. His parents admitted him to the Danish Youth Academy of Middelfart G&BK.

He played in the Club for ten years, from 1995 to 2005. He later joined Odense Boldkub; his outstanding performance for Club Under 17  and 19  caught the notice of many elite European Clubs like Chelsea and Barcelona. Before moving to Dutch Club Ajax, he went under several trials with clubs like Real Madrid, Milan, and Manchester United.

In October 2008, it was confirmed that Eriksen signed a two-and-a-half-year contract estimated to be around €1 million (1.2 million dollars). After graduating from the Ajax youth team, he made his debut for the Dutch Club in the Eredivisie against NAC Breda.

He scored his first goal for Ajax against Go Ahead Eagles. He further extended his contract with the Club till 2014.

The attacking midfielder's signing proved fruitful for the Club as it went on to win the Eredivisie league for four consecutive seasons KNVB Cup, and Johan Cruyff Shield.

He went on to win several individual titles playing under Dutch giants like Ajax Talent of the Year, Johan Cruyff Award  2011, and  Dutch Footballer of the Year are some of the prestigious awards he won during his stay.

Following his success at the Dutch Club, he was transferred to English Club, Tottenham Hotspur, for  £11 million ($12.45 million) during the summer of 2013. He made his debut for the Club against Norwich City on September 14, 2013.

He scored his first goal for the English Club against the Norwegian football club, Tromsø IL, at the Europa League.

He helped Tottenham Hotspur to reach the final of the EFL Cup. In the final match, the Club lost to the eventual champion, Chelsea FC.

He also broke the record for the most goal scored by a Danish player in the Premier League. Nicklas Bendtner held the previous form.

Before Eriksen made his debut for the senior team, he played for Denmark's national Under -17 football team along with teammate Mathias Jørgensen.

He made his debut for the senior team against Austria in a  friendly match in 2010. He also participated in the 2010 FIFA World Cup held in South Africa. Interestingly he was the youngest player to play in the tournament.

He solidified himself as one of the best players in the world by playing a pivotal role during Denmark's successful campaign in the 2018 FIFA World Cup Qualification.

Euro Cup Injury; Collapsed on the Field against Finland

During Denmark's Euro Cup opening match against Finland, Eriksen fell to the ground suddenly in the 42nd minute. He was immediately given CPR on the ground and was soon rushed to the hospital.