Antonio Margarito is a former Mexican-American professional boxer. He boxed in the time between 1995 to 2017. The multi-national fighter also won several titles in his boxing career, including welterweight WBA world Champions and the WBO super welterweight champion from 2008 to 2009.

The former welterweight champion Margarito is known for his aggressive fighting nature and durable chin. Moreover, his fighting stance is orthodox. Also, he competed against boxing legends such as Manny Pacquaio, Shane Mosley, and many more.

Insight Into His Personal Details And Early Life

The 2008-9 super Welterweight Champion Antonio was born under the family name Antonio Margarito Montiel. However, professionally, he is known by the name Antonio Margarito. Antonio is nicknamed Tony in the boxing world. He was born on March 8, 1978, in Torrance, California, USA. For your concern, he is ancestry from Mexico.

When he was two years old, he moved to Mexico and spent his childhood in Tijuana, Mexico. He and his brother Manuel Margarito were very fond of boxing, so they spent most of thier time in the boxing gym. For your information, he is the son of the Mexican-American father Antonio Margarito Sr, whereas his mother's identity remains under review for now.

Why Did He Divorce His First Wife?

Margarito was initially married to his childhood sweetheart Michelle. They tied the permanent marital knot in 1999. So far, they have not spoken about why they parted, so it remains everyone's query. Regardless of separating from Michelle, Antonio was found seen with a girl at several parties in Mexico. 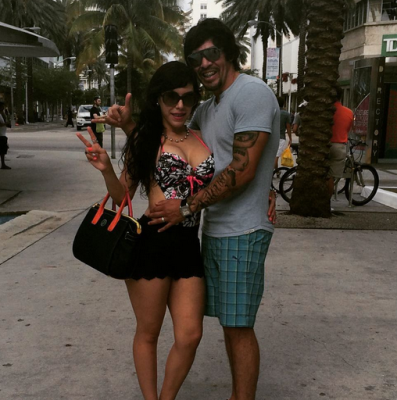 Later, he found the love of his life, his current wife Lorena, a professional model whom he is very open about with the public. The lovebirds currently reside in Los Angeles, California. They seem to be in a healthy marital life. Furthermore, with Lorena, Antonio has two children. They are Antonella Margarito and Antonio Magarito Jr.

How Much Did He Make From His Boxing Career?

Antonio Margarito is one of the highly paid Mexican boxers of his era. He started his boxing journey at the age of 15 only. He must have gained an impressive bank balance in his long successful boxing career. According to the sources, Antonio's current net worth is believed to be $15 Million, including all his assets. Antonio has fought 50 professional bouts in high-level boxing, netting a million in net worth. He was one of the sensational boxing stars of his time.

When he fought against Miguel Cotto, he was paid $5 Million with some percentage of the pay-per-view. There is no doubt that he made millions from his professional. He lives an improbable lifestyle with his family in Los Angeles, California.

Antonio came into the media limelight when his hand was found tampered with a pasty white substance by Cotto's trainer Richardson. His tampered hand-wrapped controversy in the fight against Miguel Cotto was so all over the internet. His unprofessionalism behavior shook the world. Also, Cotto's face was damaged, and he had to endure severe pain, losing the fight by stoppage.