Angelique Kerber is a German professional tennis player and former world No. 1. who recently won the Wimbledon title in 2018. She made her professional debut in 2003 and became prominent at the U.S. Open in 2011, reaching the semifinals.

The 34 years old professional Tennis player Angelique Kerber has an estimated net worth of $30 million in 2022, including all of her properties and earnings. Her career earnings are reported to be around $31,725,452.

In 2017, she was the eighth highest-earning tennis player with a total salary of $12.6 million, including $7.6 million in prize money. The remaining she earned from her endorsement deals. She was also the second highest-earning female tennis player that year. In 2018, she made around £2.25 million after winning the Wimbledon title.

Angelique Kerber earns a huge chunk of money from endorsement deals with various brands. She made around $5 million this year with the money earned from the sponsorship. Her major earnings come from her deal with Adidas and several others.

In addition, Kerber is also the brand ambassador of Porche and owns several car models gifted by the company.

Kerber is private and doesn't have a husband. She has managed to keep her private life very secret. Angelique Kerber is not married, but she was allegedly in a secret relationship with coach Torben Beltz.

Torben, who is also not married to date, obviously spent a lot of time with the three-time grand slam winner Kerber, coaching her. 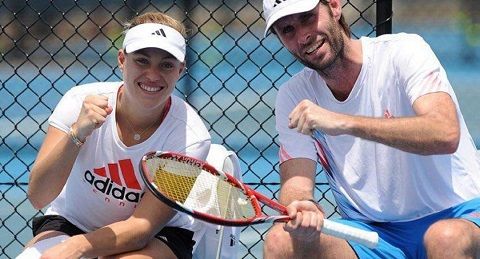 The two were linked professionally in 2003 and remained together till 2013. After two years of separation, Kerber announced Torben as her coach for the second time in 2015 but again ended the term in 2017. Currently, she is focusing on her professional game, and it is too early to be into married life and having a husband as well as children.

Kerber once revealed that she received death threats from the gambler who lost the betting money kept on her side after she went down from 5-1 up. She also loves football, supports Bayern Munich, and admires Mesut Ozil.

Kerber's body weight is 150 lbs, and she has a standing height of 5 feet and 8 inches.

Angelique Kerber was born on January 18, 1988, in Bremen, Germany. She holds the dual nationality of Germany and Poland and is mixed in ethnicity. Her star sign is Capricorn. 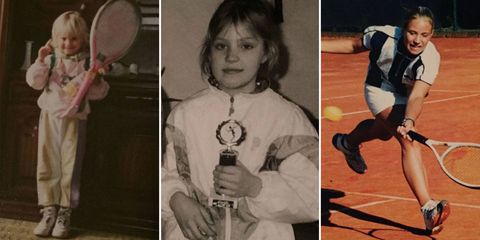 Kerber is the daughter of Slawomir Kerber and Beata Kerber and has a sibling sister named Jessica Kerber. She has been fond of playing tennis since she was young and began playing at 3.

Kerber turned professional in 2003 and played extremely at the starting period of her career. She achieved her first top 100 victories by defeating Marion Bartoli in the German Open qualifying draw. In 2004, she reached the final of an ITF event in Warsaw. 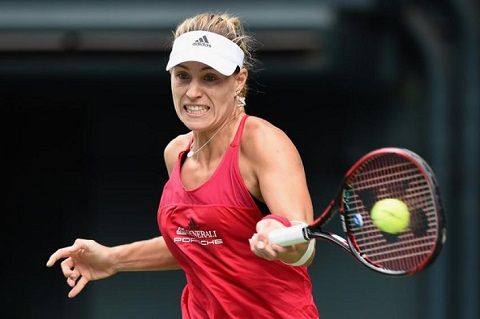 Related Article: Bianca Andreescu Disappoints Angelique Kerber for the second time within a week; Reached the fourth round of the Miami Open.

2006 was incredible for her, and she reached four ITF finals, winning three of them. She also reached the semifinals of the 2011 U.S. Open. At that time, she was ranked no.92 in the world. At the 2013 Generali Ladies Linz, Kerber won her third WTA title, beating two-time champion Ana Ivanovic and filled the last spot at the WTA Championships.

Kerber beat Johanna Konta in straight sets to reach her maiden Grand Slam final, where she defeated defending champion and then-world No. 1 Serena Williams, earning her first Grand Slam title and becoming the first German to do so since 1999. In 2016, she managed to win two Grand Slam titles, including the 2016 Australian Open. She also received an Olympic Silver medal in 2016 while representing Germany.

Kerber won her first Wimbledon title in July 2018 after defeating Serena Williams in the finals.

She took part in U.S. Open 2018 but was defeated in the third round by Dominika Cibulková. Her current ranking is world no. 3.