An American quarterback for the Indianapolis Colts of the National Football League (NFL), Andrew Luck was picked first overall in the 2012 NFL Draft by Colts. The three-time Pro-Bowl has won several individuals as well as team awards so far.

Luck has been able to establish himself as a star player in his short career in NFL. With the fame, he has been able to gather the estimated net worth of $40 million in 2018. He is known to be dating his girlfriend Nicole Pechanec. How is their relationship going? Do they have children? All the details about their love life.

Andrew Luck is dating his girlfriend Nicole Pechanec since his high school days. The couple met each other at their high school at Stanford and has been dating each other for last 10 years. 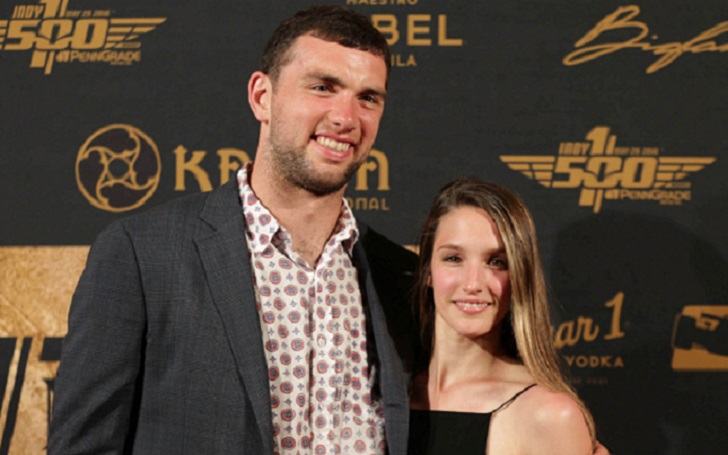 Luck was a football player at Stanford where his girlfriend Pechanec was a gymnastic captain and was named team MVP as a senior in 2012. She later majored in engineering.

Also about NFL star: Ryan Fitzpatrick and Wife Liza Barber Spending Quality Times with Children; The Couple is Together Since 2006

The couple has not yet planned about getting married soon as both seem to be focused towards their career. We have seen so many players and celebrity having children before their marriage. However, Andrew and Nicole are not among them. They do not have any children yet.

You might also want to read: Aaron Rodgers is dating his girlfriend Danica Partick. All the Details

Nicole Pechanec, who is now a producer for TV network NBC, was born in New Jersey to Czech Republican parents; mother Yvette and father, Tomas. She comes from a family with an athletic background. Her mother was a star gymnast while her father sailed for the Czechs in the Europa and Fin classes and later competed at the U.S. nationals after moving to the United States.

Nicole also has a sister Monica, who was a Pole Vaulter at Brown University. She later gave up after suffering an elbow injury.

Nicole Pechanec also competed in gymnastics for the Czech Republic national team. She was the second all-around finisher for the Czech at the 2010 World Championships in Rotterdam, Netherlands.