Alex Ovechkin is a professional ice hockey player from Russia who is playing in the National Hockey League(NHL). He wears the Number 8 Jersey and plays in the left-wing position for the Washington Capitals. He is also the captain of the team and has been playing for them since 2005. Throughout the years, he has won many major trophies with the team and is often considered one of the best in the game.

Alexander has been named in the NHL First All-Star Team for the record of 8 times, the first being in 2006 and last in 2019. In 2006, he was also named the NHL All-Rookie Team. He has the most career overtime goals (24) in the history of the NHL.

Fact:- He is the only player in NHL's history to be named First and Second All-Star Teams in the same season in 2012-13.

Alexander Mikhailovich Ovechkin was born on September 17, 1985, in Moscow, Russian SFSR, Soviet Union. According to the astrologers, his zodiac sign is Virgo. 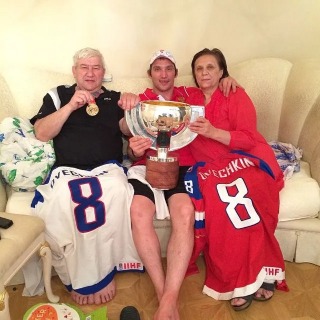 His father's name is Mikhail Ovechkin while his mother is Tatyana Ovechkin. His mother Tatyana is a basketball player who won Olympic gold medals two times. Currently, she is running the women's national basketball program in Russia. While Alex's father was a football player back in the days.

Read about:- Who Is Annekee Molenaar? Bio, Age, & Parents

He grew up in his hometown along with his two older brothers Sergei and Mikhail. He was the youngest and was interested in sports from his very young days. According to his parents, he picked a hockey stick for the first time when he was just 2 years old and would always watch hockey on the TV. His mom even said that,

" He was very active and walking and curious. He is destined for "sporting greatness"."

Alex's Contract and Salary; How much is his Net worth?

Alex Ovechkin is one of the top hockey players that has been in the NHL for about 2 decades. Labeled as one of the best players in the history of the NHL, the Washington Capitals captain earns a good amount in NHL. 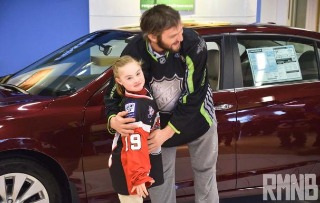 According to the sources, the net worth of the Russian hockey legend is estimated to be $80 million approximately. This includes all his properties, assets, monetary values, and earnings from sponsorships deals.

Alex's Contract history with the Capitals

As per the sportrac, the 8 times NHL First All-Star Team nominee signed his first contract with the Capitals in 2005. The contract was worth $11 million for 3 years that would allow him to earn more than $3.8 million per year including bonuses and incentives.

After having a spectacular time with the team, he extended his contract with the Capitals for the next 13 years. He would earn a total of $124 million with an average salary of $9.5 million per year The contract ended in the 2021 season. The $124 million deal of Alex and WC was the first time ever happened deal that crossed $100 million in NHL history.

It was reported that the player himself made a negotiation directly without the agent.

Who is Alex married to? (Wife and Children)

Alex Ovechkin is currently married to his wife Anastasia Shubskaya. The couple tied their knot in August of 2016. 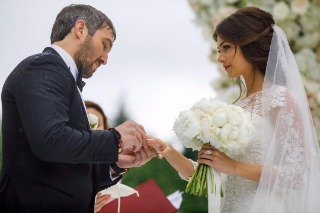 Read also:- Who Is Rich Paul Dating? Know His Girlfriend

The couple met at Summer Olympic Games in 2008 in Beijing,  China fr the first time. After that, they didn't have much contact. But in 2014, Alex once saw the photo of his wife Shubskaya. Since then they started talking again and eventually started dating.

After just 1 year, they engaged with each other and later married on August 11, 2016, in Butyrskaya, Moscow.

Who is Ovechkin's wife Shubskaya?

Anastasia Shubskaya, also known as the name, Nastasiya was born on November 17, 1993. As of 2021, she is just 27 years old. She is also a model and a film producer by profession.

She has appeared in various Russian movies like Ferris Wheel in 2007 and Ka-de-bo in 2007. 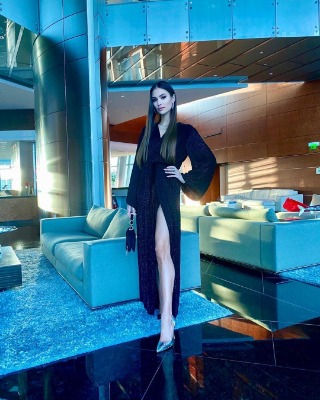 Read also:- Who is Jones Dating? Know About His Girlfriend and Relationship Status

Her father's name is Kirill Shubsky, who is a Russian businessman. While her mother Vera Glagoleva was a former actress, film actor, and producer. She also has 2 siblings Anna and Maria.

There is also a rumor that Shubskaya was previously engaged with Artem Bolshakov who was a businessman. But they later departed after 3 years of togetherness.

Ovechkin and Anastasia are blessed with 2 children, both sons. Their first child's name is Sergi Alexandrovich Ovechkin, who was born on August 18, 2018. 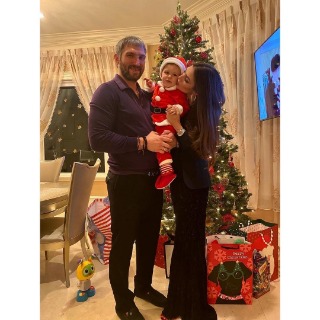 Alex Ovechkin with his wife and son SOURCE: [email protected]

Read also:- Who is Adam dating?

The career of Alex Ovechkin

Alex started his playing career with Dynamo Moscow in 2001. There he played until 2005 before moving to Washington Capitals. The Capitals picked him in the overall 1st of the 2004 NHL Entry Draft.

In his first game with the W Capitals, he scored two goals against Columbus Blue Jackets securing the 3-2 victory. Since then, he has been a core member of the Capitals. 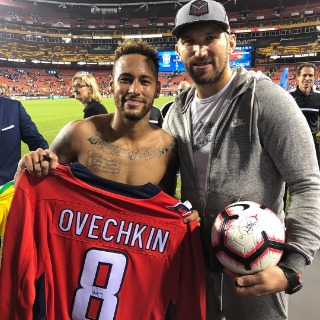 In his rookie season, he was named in the NHL First All-Star Team after breaking several rookies and NHL Records. He was also awarded Calder Memorial Trophy.

Often recognized for the deadly one-timer, he has broken several records in NHL. He is arguably the best player to play hockey in history.