Starred as a showgirl in the Italian satirical series Striscia la notizia, Satta has also appeared in Maxim magazine as well as featured in the 2010 Sports Illustrated swimsuit issue.

Boston, Massachusetts native, Melissa Satta was born on 7th February 1986, under the star sign Aquarius. She holds both American and Italian nationality. The thirty-five years old model stands 1.76 m (5 ft 9+1⁄2 in) tall. Her hair color is brown and has a pair of beautiful green eyes.

Melissa Satta was born to Italian parents: Mariangela Muzzu and Enzo Satta. She spent the early years of her childhood living both in the U.S. and in Sardinia.

Her father, Enzo is an architect and a politician. Satta grew up alongside her two brothers; an elder brother, Riccardo, who is a business incubator and entrepreneur resident in the Principality of Monaco. Her younger brother's name is Maximilian.

Melissa did her high schooling in the United States and then enrolled in the faculty of Communication studies at the private university IULM.

Early on in her life, she was into sports. She played football with the women's team of Sardinian Sant'Elena Quartu. Further, she also won the Sardinian Junior Karate Championships and a national junior bronze medal.

Satta stepped in in the fashion industry at age 16 in 2002. Promptly, she was the center of attraction after being the finalist of the beauty contest Miss wall (edition 2003) where she was Miss extreme. By 2005, she started with the Italian television program Mio Fratello è Pakistano as a presenter. In the same year, she was appointed as spokesperson for the advertising of TIM.

In 2007, the gorgeous starred in the last part of the MTV Italy program Total Request Live and also presented on Fashion TV and the Italian The White Party Fashion TV satellite channel. The following year, she appeared in the Italian quiz show First and last.

In February 2010, Satta featured in the magazine Sports Illustrated for a photoshoot "wearing" a body painting representing the top of the Italian national football team.
Throughout 2011, she was a  commercials endorser of different multi-national brands such as Nike and Nicole.

In September 2013, Satta was appointed as presenters of Italy sports program TikiTaka on Italia 1, Mediaset Italia alongside  Rafael Benítez, the then manager of Italian giants S.S.C. Napoli.

Back in October 2011, Satta and American basketball player Kobe Bryant were photographed entering a hotel late at night. They left the hotel early in the morning.

Their alleged affair led to Vanessa Bryant filing for divorce. However, Bryant and Vanessa later reconciled and remained married until Bryant died in 2019.

Satta's first relationship that became public was with Italian television personality Daniele Interrante between 2003 and 2006.

However, this is not only her link up to sports person. Before this, she was in a relationship with Italian footballer Christian Vieri from 2006 to 2011. They separated because of Vier's alleged infidelity with Sara Tommasi in April 2011.

In September 2011, she was shortly engaged to 45-year-old Italian businessman Gianluca Vacchi.

Was Married To  Kevin-Prince Boateng

In November 2011, Satta and footballer Kevin-Prince Boateng began dating. Soon the couple got engaged too.

In April 2014, Satta and her footballer fiance welcomed their first child together. They named their baby boy 'Maddox Prince'. 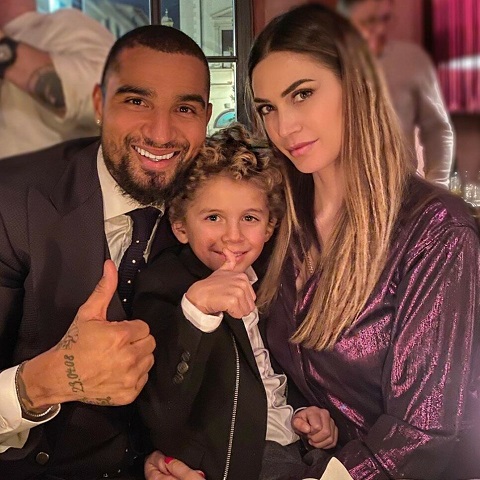 Melissa Satta and Kevin-Prince Boateng tied the knot in 2016, exactly on June 26th. Their wedding ceremony was held at the church of Stella Maris parish in Italy. 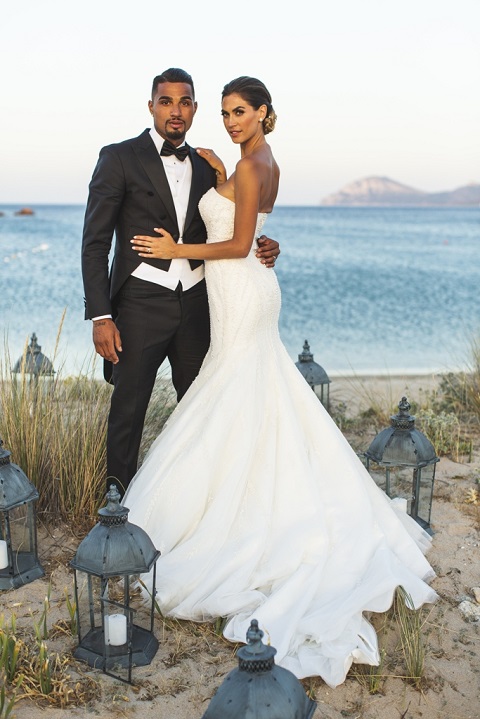 Their story then evolved with a brief separation reported by the media, only to get back together again in 2019. The couple had tried working out the relationship during his time in Turkey while on loan at Besiktas, where they lived together at the time of lockdown.

In December 2020, they announced their divorce on social media. “After a period of separation, we decided to permanently end our relationship,” Boateng wrote.

Kevin-Prince Boateng has a child named Jermaine with his former girlfriend.

Melissa Satta has already found a new partner for her after she divorced footballer Kelvin-Prince Boateng in 2020.

After several months, the Italian model was spotted with her new lover, Mattied Rivetti as reported in Italian portals. However, there is not much information on her new relationship.

As of 2021, Melissa Satta has an estimated net worth of $2 million. The major source of her income is the fashion industry. Currently, she is signed to Women Talents Milano. Scrolling through her IG (4.4m followers as of November 2021), the Italian sassy is heavily busy with her modeling projects. Thus, her annual salary must be no less than the six-digit figure.

On the other hand, her divorce settlement with Hertha BSC's midfielder Kevin-Prince Boateng must be of millions of dollars. As reported, Boateng earns £40,000 per week, £2,080,000 per year.