Caroline Wozniacki is a Danish professional tennis player currently ranked no. 2 in the WTA rankings as of 26 February 2018. She was also a no.1 ranked player on 1 October 2010. She is the first woman from a Scandinavian Country to secure the top ranking position and 20th overall.

Net worth, Salary, Endorsements, and Earnings of Caroline Wozniacki

She earned $7.5 million in 2017 including $2.5 million in winnings and the remainings from endorsement deals. Some of her major deals so far include Babolat, Addidas, Rolex, USANA Health Sciences, The Players Tribune, The Residences at Seafire, PanzerGlass, etc.

She possesses the perfect height of 5 feet and 10 inches. Her build-up weight is 58 kg. Her body measurements are 36-26-36. She has a huge fan following on Twitter and Instagram. Furthermore, info about her life and bio can be taken from Wiki.

Speaking about her personal life and biography, she is not a married woman but is engaged to her fiance David Lee. The duo got engaged on November 2, 2017.

As per the reports, the couple is planning to get married in mid-2019.

Happiest day of my life yesterday saying yes to my soulmate???? @dlee042

The couple first met each other in Miami in December 2015. They soon started dating but kept the whole thing secret. The relationship was confirmed after Wozniacki shared a Snapchat story on Valentines' day 2016 where she tagged her boyfriend David Lee. 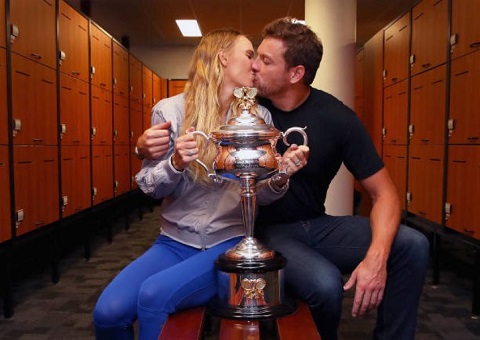 Wozniacki used to be engaged to golfer Rory McIlroy with whom she started dating in 2011. They celebrated their engagement in January 2014 but a few months later McIlroy broke things off over the phone mentioning that she was controlling over everything.

She was also rumored to be dating J.J Watt in 2015. She is very close friends of Serena Williams and also attended her wedding with Alexis Ohanian. She is fluent in Danish, English and Polish language. She also shows her appearance in the world of modeling.

Caroline Wozniacki was born on July 11, 1990, in, Odense, Denmark. Her ethnicity is white and her nationality is Danish. Her birth sign is Cancer. She is the daughter of Piotr Wozniacki and Anna Wozniacki. Her sibling brother's name is Patrik Wozniacki.

She was passionate about sports and games, her parents were also related to sports, therefore she got strong support from her parents.

In the year 2005, she turned professional and began her career. Earlier she was perfectly coached by her father, and he helped her to lift her career up in the world of tennis. She performed well and she managed to win several titles and championships. 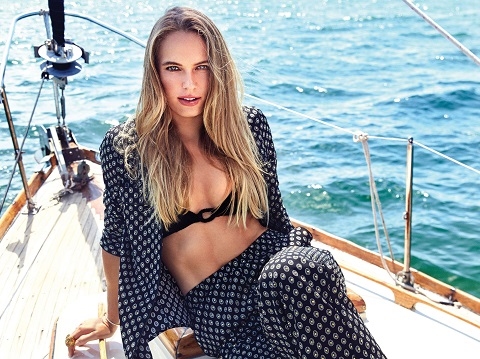 Recently, in the year 2015, she was honored by the Diamond Aces Award. She won the  2209 Australian Open tennis beating Simona Halep in the finals.