Former World Champion Adrien Broner is a well-known American professional boxer. He is one of the only few world champion boxers to hold titles in four weight classes. He is known for his over-the-top antics both in and out of the ring. In 2012, Broner was ranked as the world's fifth-best active boxer. He goes by several nicknames like "The problem, Lil Brother, The Can Man.

Adrien Broner was born Adrien Jerome Broner on July 28, 1989, in Cincinnati, Ohio. He is among the two children born to Dorothy Broner and her husband, Thomas Knight. He has a twin brother named Adrien Broner. Talking about his physical appearance, Adrien stands five feet and seven inches tall and weighs 67 kgs.

Adrien Broner has an estimated net worth of more than $2 Million. He has accumulated most of his net worth through his successful career in boxing. The famous American boxer was tipped to be the next Floyd Mayweather but could not make it to the top. Broner has spent more than $3 Million since 2017. 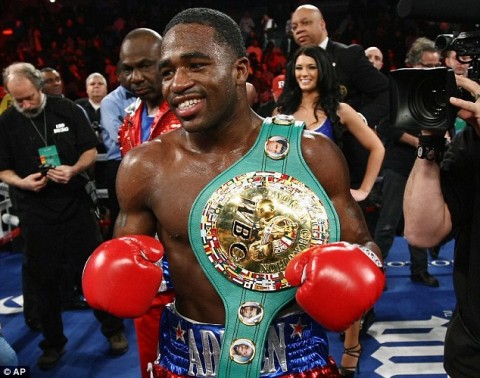 Adrien took home more than $2.5 Million from a match against Manny Pacquiao. On the other hand, Manny received $10 Million. Also, both of them received a percentage of the profits on top of those figures. As per reports, both of them will make "at least" double the figure of salary due to sponsorship income, pay-per-view revenue.

In 2015, as per sources, Broner rejected a five-year deal worth $40 Million from Roc Nation Sports. He later confirmed the incident in an interview with TMZ Sports. Lately, he failed to pay the fine worth  $855,682.03 for assaulting a woman in 2018 and declared himself broke.

Father of Five Children; who is Broner's Wife?

Adrien is a married man living a happy married life. He is married to his longtime girlfriend, Arie Nicole. The love birds have been in a marital relationship for more than five years. Broner keeps uploading his family photos in his timelines regularly. 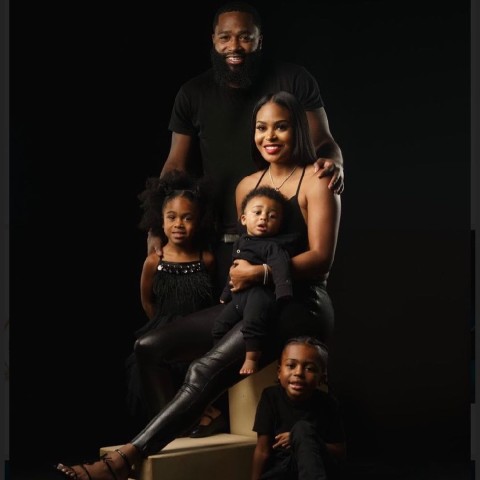 Adrien Broner with his wife and children SOURCE: [email protected]

Adrien and Nicole are the proud parents of three children. They have two sons, Adrieon and Admire, and a daughter,  Aalayah. Also, Broner is the father of two other children. However, there is not much information about his other two children and past affairs.

The American boxer started boxing at the age of six. He finished his amateur career having 319 fights. He made his professional debut in 2008 up against Allante Davis. In the same year, Adrien won five more fights. In 2010, Broner got his first chance for a title match and won the vacant ABC Youth Intercontinental Super featherweight title fight against Carlos Claudio.