Tennis Star Serena Williams is Married to Husband Alexis Ohanian since 2017 and has a Child; Her past Affairs 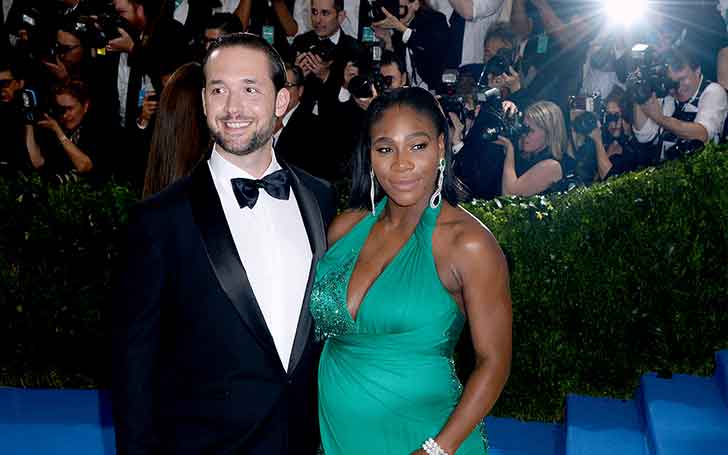 Serena Williams, 36, the 4 times Olympic gold medalist is an American professional tennis player,  playing professionally since 1995. With her professional career, she is reported to have earned the career prize money of $84,525,911.  Besides career success, Williams, well experienced with the failed relationship in the past, now seems to have found her soulmate.

The attraction of the Grand Slam Tournament, Serena Williams currently is married to Alexis Ohanian, the co-founder and executive chairman of the social news website Reddit. The couple with more than a year of their marriage shares a daughter together. Wanna know more about Williams relationship and married life with her husband? Scroll down.

If there is no respect and understanding in love, every single effort is futile and Serena who went through it, now, has got the man of her dreams, who is none other than Alexis Ohanian. And the talking about their relationship beginning, it sounds so filmy, like hatred reformed to love. 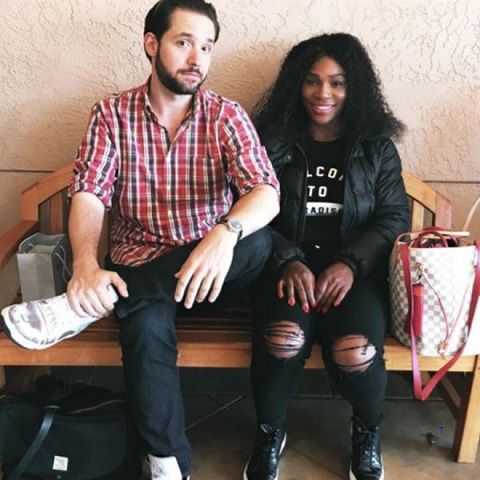 As reported, Serena Willams met Alexis at the Cavalieri hotel, in Rome where Alexis on a hungover, was sitting on her reserved table. Her first word to her future fiancee and now husband was:

"We just don’t want you sitting there. We’re going to use that table."

Joined by the joke of her pals, they said there was a rat under the table. And Alexis Ohanian's reply made Serena change her perception and made her find something interesting about Alexis. He had replied:

And amazingly, Ohanian got chance a to join them, which later turned their meetings to date. Well,  the couple is reported to dating since October 2015.

Engagement and Marriage of Serena Williams

Frankly, Alexis and Serena didn't take too long to take their relationship further as they reportedly got engaged on December 29, 2016, after a year of dating. The news of the engagement was made public via her verified Reddit account after posting a short-sweet poem which says:

And nearly after a year of their engagement, Serena and Alexis got married on November 16, 2017, at the Contemporary Arts Center in New Orleans. As reported, Serena Williams wore a gown designed by Donatella Versace.

Gorgeous photos of Serena Williams’ wedding to Alexis Ohanian in Vogue. Those jeweled Nikes for dancing are awesome. https://t.co/xj6Sxy28FJ pic.twitter.com/OOMBDAjUTP

The guest list included her BFF and fellow tennis player Caroline Wozniacki and her NBA fiance David Lee, Beyonce, Eva Longoria and Kim Kardashian. Her sister, Venus Williams, was of course on hand, as were Ciara and Russell Williams.

And even now the couple free from the mishaps can be seen sharing lovely moments.

Eventually, the true love gets blessed, we wish them best for further.

Serena and Williams, The Lovely Parents of a Daughter

Well, Williams was reported to be pregnant back in January 2017, as she did a pregnancy test after she felt physically different while at the rough week at the beginning of Australian Open. Though, she won the competition against her owns sister Venus, for which Venus made a joke complimented:

"That's cheating....it's two against one. I want a rematch."

And later, Serena shared the picture of her baby bump via her Instagram. Also, she posed for the Vanity Fair.

Finally, the day came when Serena and Alexis became parents for the first time after they welcomed their daughter  Alexis Olympia Ohanian on September 1, 2017. Have a look at the adorable moment shared by Williams via Instagram.

Meet Alexis Olympia Ohanian Jr. You have to check out link in bio for her amazing journey. Also check out my IG stories ????????

The happy family can be seen sharing lovely moments together.

But Willams' is not free from the dark shadow of the failed past relationships.

Past Affairs and Relationships

Serena Williams, surrounded by many relationship rumors is reported to have dated many celebrities, though none of them survived to lead the love story to a happy ending.

Brett Ratner: Back in 2004, Williams dated the Rush Hour film director, though, after a couple of years, she dumped him because she felt disrespected when instead of attending one of her matches he chose to go to a New York party.

Grigor Dimitrov: Well, it's normal to have a rivalry in the court, but it went off-court for Williams after fellow tennis superstar Maria Sharapova dated Williams ex- Grigor Dimitrov in 2015, whom she dated shortly in 2012.

Common: Between 2008 to 2010, Williams dated the Oscar-winning rapper Common, though eventually, they broke up in mutual terms and even are in good terms as reported.

Rapper Drake: In 2012, Williams dated Hotline Bling singer Drake, but parted shortly. However, in 2015, their romance relinked and they were spotted kissing passionately at Sotto restaurant in Cincinnati.

Between the relationship gap, Serena Williams had dated French tennis coach and sports television, commentator Patrick Mouratoglou from 2012 to 2015. 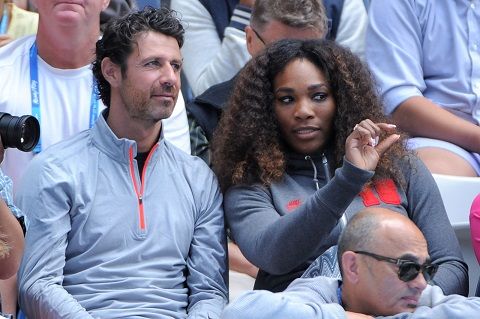 But some are not meant for each other, as Drake and Serena again broke up. And Serena got linked up with Alexis Ohanian.