Tennis is a sport that is elegant and holds a certain beauty in itself. There are many professional tennis players in the world who have made a name for themselves in the sports for a various reason and Gael Monfils is also one who has made a name for himself for being a good sportsman of the sport.

Monfils who has won 7 Atp Worl Tour singles titles had shown talents since his beginning years and was even named the ATP Newcomer of the year in 2005. He has won various tournaments over the years and has made a fortune from his profession. To find out all about his earnings and net worth, continue with the article.

Tennis is one of the sports which has big prize pool and players of the game such as Monfils do have the opportunity to make millions annually provided that they perform up to the task. Monfils for one has been able to do well in the sport and has won 7 ATP World Tour singles titles.

Also Read: Who is Gael Monfils Wife? Details of the French Players' Affairs and Rumors

Monfils' winnings do not come close to what the top players like Rafael Nadal and Roger Federer make in a year but it is still a huge figure to make nevertheless.

Net Worth of Monfils

The net worth of this 31 years old French Tennis player is estimated to be $10 million. By now you must be aware of how much he makes from his winnings and prize pool. But, that is not the only source of income that he has.

Getting a successful sportsman to promote their products has always been a major marketing strategy for big-name companies and Monfils is also a part of the culture. He has been endorsed by brands like Asics, K-Swiss, and Skoda in the past which have all further added to his financial success. 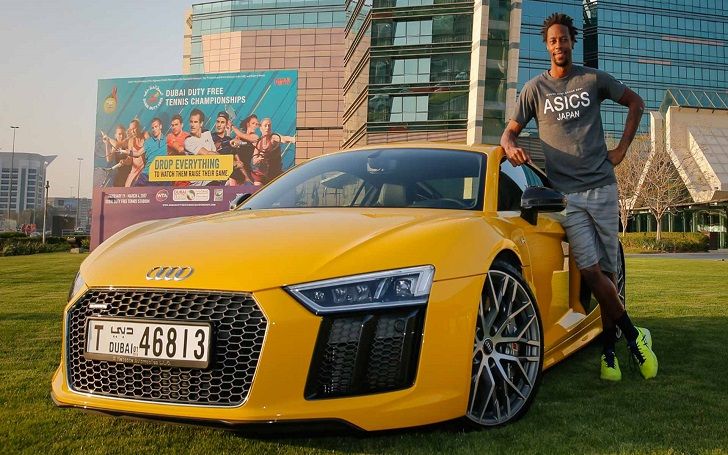 Monfils makes big bucks and is not afraid to spend them. He loves to own luxurious cars and owns a Mercedes SLR McLaren car which costs around €346,000 as well as Audi R8 V10 plus car which has the price of $191,000.