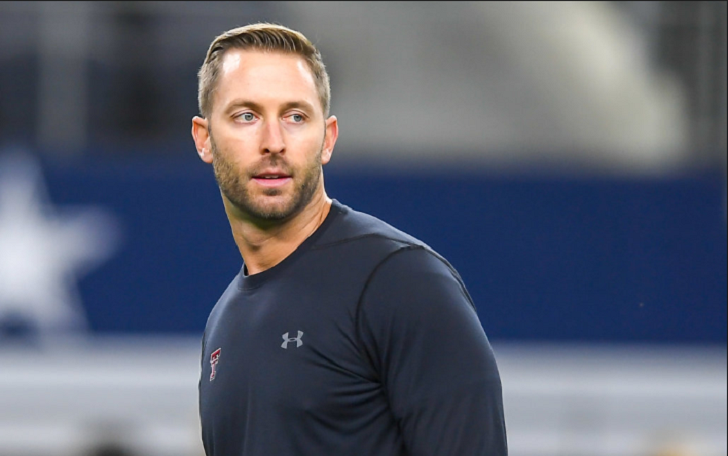 Kliff Kingsbury has been an NFL head coach in less than two months since he was fired from college ranks. The former Texas Tech coach and the offensive coordinator at the University of Southern California reached a deal on Tuesday with the Cardinals from Arizona. The team announced that Wednesday they will officially hold an introductory news conference to let everyone know that Kliff Kingsbury is now officially a head coach for Cardinals.

The former Texas Tech coach was ready to sign a deal with the University Of Houston Clear Lake but ended up getting picked by The NFL.

Read related: Patrick Mahomes Coach Kliff Kingsbury On His Way To The National Football League Can Be Picked By The Arizona Cardinals

Reportedly, Arizona Cardinals' management was more than happy to have the former college coach on their pocket, it was reportedly willing to pay him more and was impressed with the way he handles the team to play an overall offensive game. Further, the details about his salary along with contract tenure would be addressed after his official integration to the team.

Read Related: How much does Kliff Kingsbury make in a year? Know about his Salary, Career, and Awards

Kingsbury was a former Texas Tech Quarterback. His prolific passing attacks brought him attention in coaching ranks. He also trained Patrick Mahomes, who is considered as Kansas City's best quarterbacks and the front- runner for 5,097 yards and 50 touchdowns in this season.

Know More On Kliff Kingsbury's Dating Rumors and Affairs; Is He Married or Still Looking for Someone?

In Arizona, the task is to revive an offense which has ranked last (241.6 yards per game) in total, to pass (157.7 yards per game) and to score (14.1 points per game). The Cardinals chose Josh Rosen with the No quarterback. Ten picks in 2018 overall, but the rooky faced constant stress with an 11:14 touchdown-to-interception ratio, completing just 55,2 percent of his passes.

It will be a fun season to watch and we would soon see if Kingsbury would be able to take Cardinals to the place where he is expected to take it, with a poor pick that he has.

Kobe Bryant and daughter Gianna “Gigi” Bryant Died in a helicopter Crash; Everything you need to know about Gigi 17 hours by Jack Ol