News Who is Kai Kamaka?

Who is Kai Kamaka?

Kai Kamaka is an American mixed martial artist who currently competes in the featherweight division of the Ultimate Fighting Championship. Nicknamed as Fighting Hawaiian, he previously fought under Legacy Fighting Alliance and Bellator FC and was recently signed by the UFC in 2020.

Kamaka is scheduled to make his UFC debut against Tony Kelley at UFC 252 on August 15. Playerswiki has done some research on the featherweight fighter. Scroll down to know more about him.

Kai Kamaka was born as Kai Kamaka III on January 5, 1995, in Ewa Beach, Hawaii. He is 25 years old as of 2020. He also has a brother named Tristin Kamaka who is a former University of Hawaii Football receiver. He studied at Midland University.

His cousin is Ray Cooper III who is PFL welterweight champion and also his cornerman. His uncle Ronal Jhun is a former UFC veteran.

Fighting out of  Ewa Beach, Hawaii, his foundation style is Boxing & Wrestling. He has 7-2 record on pro-MMA and is currently on a 5 fight win streak.

Kamaka currently fights in the featherweight division and is 145.5 lbs. Earlier, he also fought under the bantamweight division. His height is 5 ft. 7 inches (170cm).

Kai Kamaka is not so popular name in MMA and there is not much information available about him. He is already married but the information about his wife is not revealed. He has two children and his spouse is pregnant with their third child. 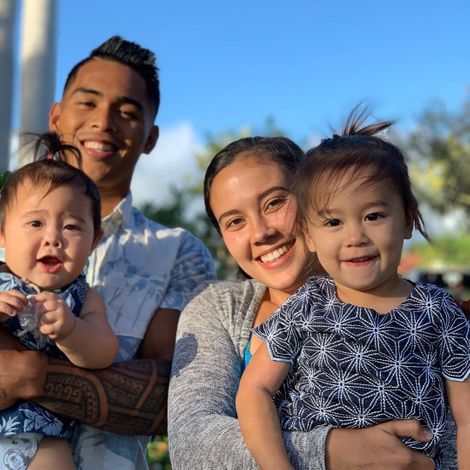 Kai Kamaka with his wife and children SOURCE: [email protected]aiboikamaka

Kamaka is currently relocated to Las Vegas where he fighter under the UFC. He resides with his wife and 2 children.