Walt Harris is an American mixed martial arts fighter currently working for the UFC in the Heavyweight division. He turned pro-MMA fighter on March 15, 2011, and so far he has appeared in a total of 21 bouts with 13 wins and 7 losses.

The Heavyweight fighter Walt Harris signed a UFC contract and officiated his MMA career with America's biggest MMA Fight promotion in 2013. As of 2018, his current net worth is estimated to be around $500,000.

Currently, Walt Harris is married to his girlfriend turned wife Angela Haley-Harris. The married couple and have 4 children together. The couple lives in  Homewood, Alabama. 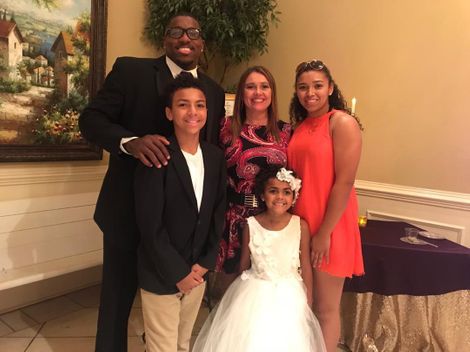 Walt Harris with his wife and children SOURCE: [email protected]

The UFC fighter also raises Angela's children from the previous relationship. His stepdaughter Aniah Blanchard went missing in October 2019. Aniah who studied at Southern Union College was abducted by Ibraheem Yazeed, who was taken into custody but Aniah's whereabouts were not known. 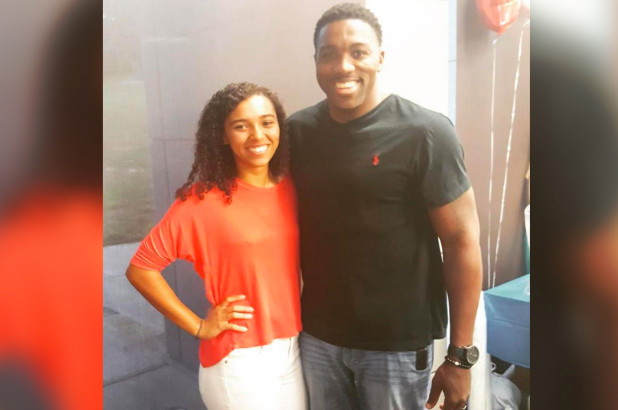 MMA community came into support Walt and contributed funds for the reward which have now exceeded $100,000. UFC president Dana White donated $25,000 to Alabama Gov. Kay Ivey’s $5,000 reward while the light-heavyweight champion Jon Jones was also among the fighters to contribute to the cause.

His daughter was shot dead by the kidnapper and the remains of her dead body were later found on November 25, 2019.

Growing up, Walt Harris was so much interested in Martial arts that he put his possible NBA career on hold to become a pro-fighter.

He attended from Jacksonville State and Pikeville College and obtained an associate degree in Physical Education. He holds American nationality has an African ethnic background.

Walt Harris started his fighting career with Extreme Fighting won his first-ever pro MMA fight against like Justin Thornton. After that, he fought for many smaller MMA belts like Cage Combat, Fight Force International, Superior, and Strike Hard.

Afterward, Harris was featured in a fighting reality show The Ultimate Fighter: Team Rousey vs. Team Tate Finale and he fought Jared Rosholt but faced a Unanimous Decision loss in the TUF.

On 25-Jan-14, he fought Nikita Krylov at UFC on Fox: Henderson vs. Thomson and lost his first-ever UFC TV appearance via a TKO (head kick and punches) in round 1.  He then fought Soa Palelei at UFC Fight Night: Rockhold vs. Bisping to suffer a TKO loss again in his third TV appearance.

Finally, after his three-fight losing stake, Walt Harris fought Cody East, at UFC 197 and finally won the match held on 23-Apr-16 via TKO (punches) in round 1. On 1st-Oct-16, he fought Shamil Abdurakhimov at UFC Fight Night: Lineker vs. Dodson and again was defeated by Abdurakhimov via a Split Decision.

At UFC Fight Night: Rodriguez vs. Penn, which aired on 15-Jan-17, Harris fought Chase Sherman and was able to register a victory in the second round with a KO (knee and punches).

Further, he has won over some known fighters like Cyril Asker, Daniel Spitz, and has lost a few fights to superstars like Mark Godbeer, Fabricio Werdum so far. Harris made an octagon return on UFC on ESPN: Overeem vs. Harris on May 16, 2020, against Alistair Overeem and was defeated via TKO.