Tyler Adams is an American professional soccer player who currently plays as a midfielder for RB Leipzig of the Bundesliga. Adams is primarily a midfielder who can also play either side of the defense as a fullback or winger. Reportedly, he signed for German club RB Leipzig in January 2019. Also, he had represented his team internationally at different youth levels before finally making his senior debut in 2017.

Tyler is in a romantic relationship with his girlfriend, Sarah Schmidt. Moreover, his club RB Leipzig earns $384,185 as an annual salary. If you want to know more about his personal life in detail, make sure you stick with us until the end.

Is Tyler Adams in a Relationship? Know about his Personal Life

The young American midfielder is yet to marry, but reportedly, he is in a romantic relationship with his girlfriend, Sarah Schmidt. Besides the news of their relationship, the details about how and when they started dating are not in the media yet. 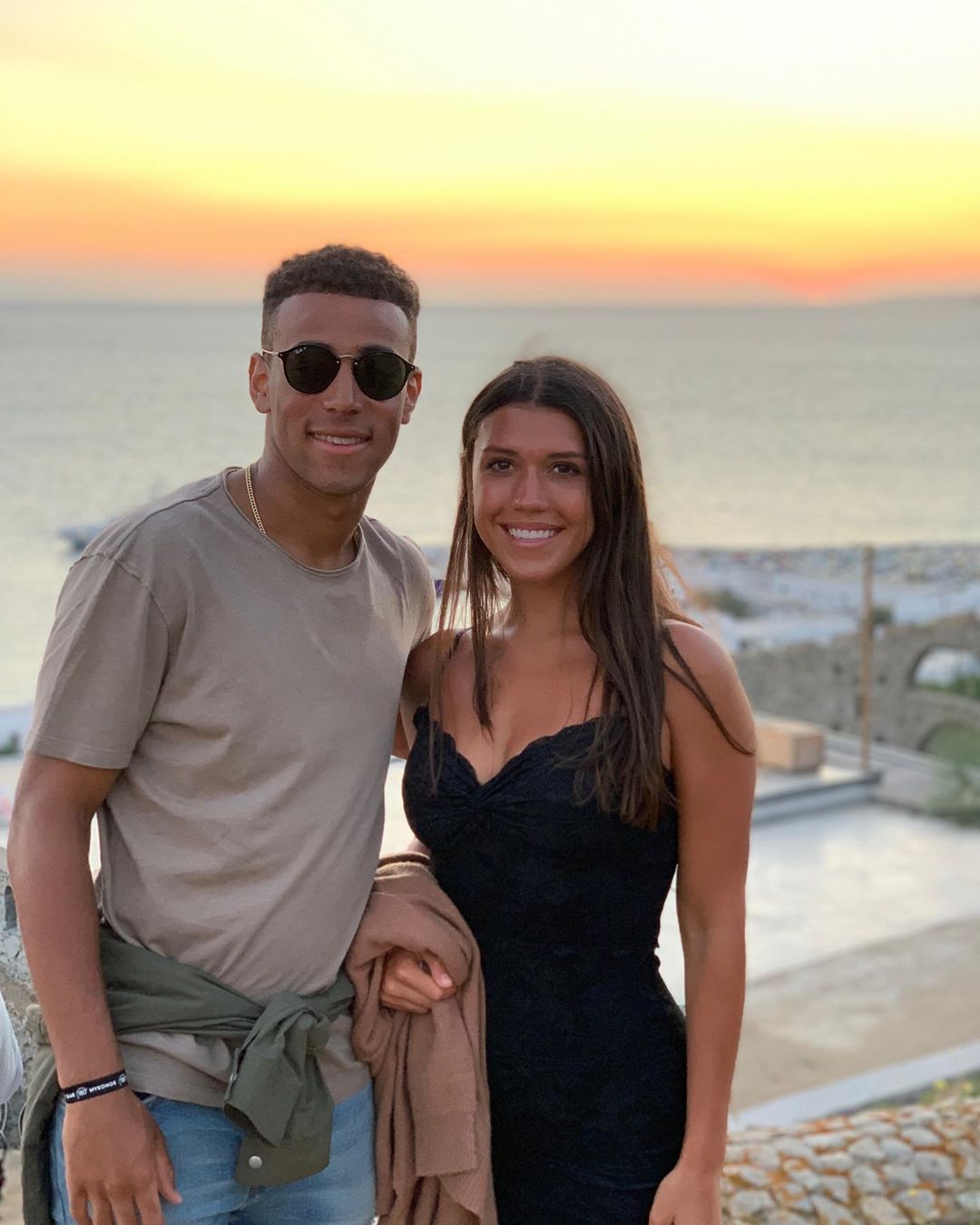 Moreover, Tyler seems to be in deep love with his girlfriend as he doesn't miss a chance to post a picture of his girlfriend on his social account. Talking about his girlfriend, she is of German descent as her grandparents are German.

Currently, the couple is in a long-distance relationship because his girlfriend, Sarah, still lives in the States while Tyler plays for the German club. Additionally, in one of his press conferences, he revealed that his girlfriend doesn't have any plan to come to Germany in recent times.

Well, soccer players are well known for having an athletic body so does Tyler. Particularly, he stands at 5 ft 9 in (175 cm) and weighs around 68 kg.

Tyler Adams Earnings; How much is his Net Worth?

Reportedly Tyler holds a net worth of over $2 Million. However, the factual information is yet to be revealed. Moreover, he earns £1,976,000 as an annual salary from his club RB Leipzig. Also, he earns £38,000 as a weekly wage from his current club.

Tyler previously played for New York Red Bulls, earning an annual salary of around $200,000. As of 2022, his market value is $5 Million, and reportedly, he was transferred to Leipzig with the $3 million deal from New York Red Bulls. 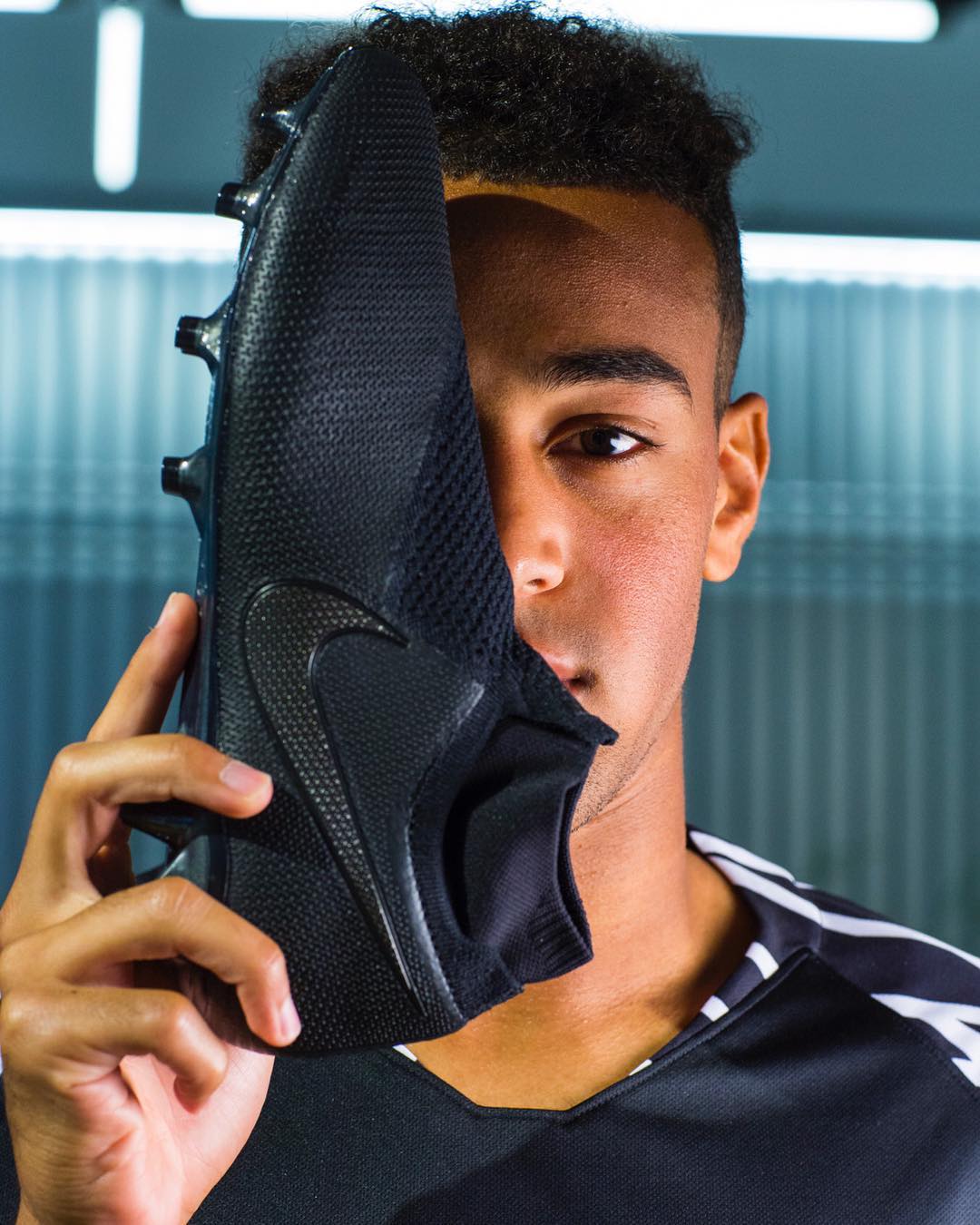 Tyler Adams has an endorsement deal with Nike SOURCE: Instagram

Adams also earns additional cash from the association with brands, including Nike. Besides, we have no idea how much he earns from brand endorsement. Also, exploring his social account, it seems he is living a lavish life, and his professional career finances his lifestyle.

Also, the details about his valuable assets like his car and house are still undercover. We are constantly digging up the information; make sure you stick with us until we come back with the detailed information.

Tyler was born on February 14, 1999, in Wappingers, New York, the United States, to Melissa Russo (Mother), but the details about his father are not in the media yet. Moreover, he is an American by nationality and belongs to the white ethnic group. Also, he was born under the star sign Aquarius.

Talking about his early career, he is an academy graduate of the New York Red Bulls who played for the U-13, U-14, and U-16 sides before making an appearance for the senior team.

As of 2019, he plays for the German Club RB Leipzig as a midfielder. Previously, he played for New York Red Bulls in Major League Soccer.

Additionally, he made his senior debut on July 23, 2015, against a premier league team Chelsea. Also, he scored his first goal in the same game, slotting a header past Asmir Begovic in the 69th minute.