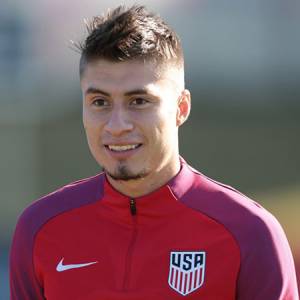 Jorge Villafana is a defender who started his MLS career with Chivas USA in 2007 and currently plays for Santos Laguna. Before signing with Laguna, he also played a single season with Portland Timbers.

The United States National Team star received the salary of around $130 thousand in 2015.

Jorge Villafana was born to Robert Flores and Luisa Villafana on September 16, 1989, in Anaheim, United States. He spent most of his childhood in Guanajuato, Mexico before moving to the United States.

He had a keen interest in soccer since his childhood and was made the captain of Anaheim High School football team in the United States. He then made his place in the Santa Ana DSP Juventus junior squad where he played for three seasons.

Jorge Villafana began his MLS career with Chivas USA in 2007. After playing six seasons with the club, he joined Portland Timbers in 2014 and scored only two goals in 52 appearances. He won MLS cup with Timbers in 2015 and was also a member of the team that played Western Conference playoffs the same year.

After 2013 season, the Santos Laguna picked him with a reported fee just under $1 million. Villafana has made 40 appearances for the club since then.

Jorge Villafana has represented the United States National Team at the different international competition. He has also made his appearance in the U-20 and U-23 levels for team USA.

On January 2017, he made his full debut for the United States senior team in a friendly match against Serbia. He recently played the World Cup 2018 qualifying match on March 25 against Honduras.

In March 2007, he won a reality show, Sueno MLS, that earned him the nickname “Sueno”.