Tony Massarotti Net Worth and Salary in 2019

Anthony 'Tony' Ezio Massarotti has an estimated net worth of over $1 million, as of 2019. He has an average salary of $200,000 annually from the Boston Globe as a sportswriter.

Massarotti signed a contract extension with Boston’s premier sports radio station to host Felger & Mazz Show with Mike Felger in 2015. The show was reported to be the #1 show in afternoon drive and Tony was ranked the 6th best local sports show in America by Radio Ink Magazine. So, Massarotti is reported to be earning well from the network. 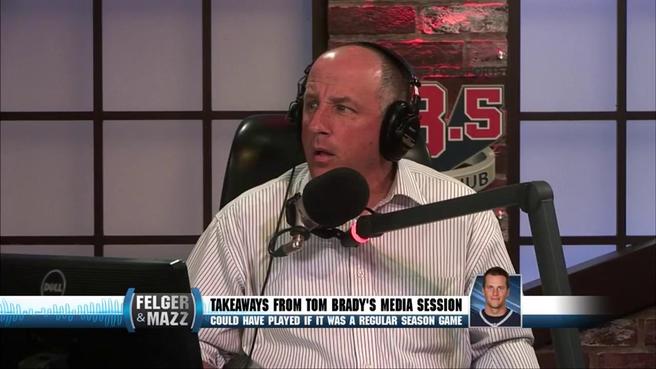 Kept aside his financial earnings, his personal assets includes a Home in Sudbury, Massachusetts. Massarotti is pretty famous in social media. He has 133k Twitter followers.

Tony Massarotti is married to his wife, Natalie Massarotti. Their married life is going on strong and they are quite happy and content with their marriage. There is no further information regarding when they were married.

It seems Massarotti is active only on Twitter. He frequently posts about different sports like football, baseball, etc. However, he has never mentioned his kids or wife on his social media page. This shows that he likes to keep secrecy about his personal life.

Anthony 'Tony' Ezio Massarotti was born on October 28, 1967, in Waltham, Massachusetts. As per his nationality, he is American. Further, his star sign is Scorpio. He grew up along with his siblings, Elena M. Massarotti and Norma Massarotti.

Shortly after his graduation from Tufts University, Massarotti joined the Boston Herald and covered the Boston Red Sox for the paper for about 14 years from 1994 to 2008.

During his time with the Herald, Massarotti often covered the Red Sox for Fox Sports New England. He occasionally made appearances as a guest on WHDH's Sports Xtra. He further appeared on Boston's WEEIsports talk radio program The Big Show.