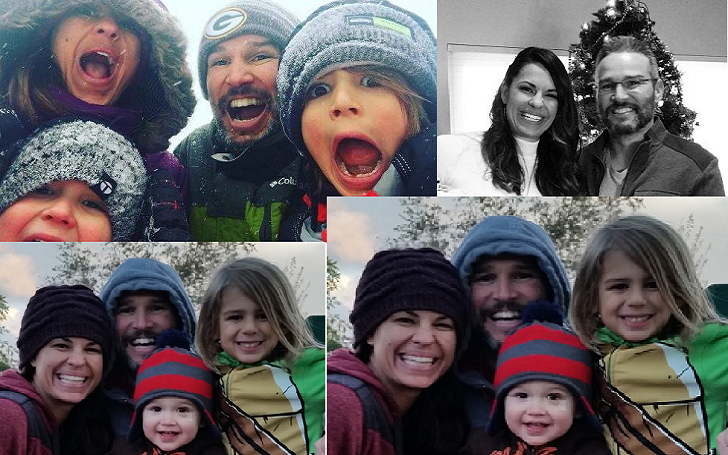 Though Jessica Mendoza has taken the heart of many, her heart has been taken by her husband Adam Burks. We are sure that readers would like to know how Mendoza's married life has been going and if she has gone through troubling times in her marriage. Stay with us to find out all about Mendoza and Burks' married life and how things are currently in Mendoza's relationship.

Mendoza and Burks met each other back in 2004 when she was a member of the American softball team who won the gold at Athens Summer Olympics. The two met each other a wedding in Southern California and from that time a relationship bloomed between the two.

In 2006, Jessica Mendoza who had been seeing Adam Burk for about two years, walked down the aisle to marry him. Jessica and her husband Adam have been married for 13 years now and they do not seem to have many issues in their marriage.

Hamilton with the hubs!!!! Thank you @cjack930 for the awesome tickets #Dateweekend #NYC #Hamilton #Broadway

Burks is a former U.S. Marine who had served in Operation Desert Storm in Iraq. He used to work as a civil engineer but gave up his job to be a stay-at-home dad after the birth of his first child. The decision for him to become a stay-at-home dad was due to Mendoza's profession taking her to different location most the time.

The darling of ESPN is quite lucky to have found a husband who would sacrifice his career for hers. The only time that Mendoza feels heartbroken has to be when she has to leave her husband and children behind for her job.

Mendoza's marriage with Burke not only gave her a caring husband but also gave her the opportunity to become a mother. She and her husband have become parents to two kids both of whom are sons.

Happy birthday to my first born!!! What a weekend in Chicago & topped it off with an electric walk off finish at Wrigley Field last night. Unfortunately I do miss a lot of days with these boys, including birthdays ... so this weekend was so special to share my work with my loves & for Caleb to have a birthday I’m sure he will never forget Shout out to the awesome people I work with @Espn to be so supportive of family & a mom wanting to spend a work day with her birthday boy. Don’t think I could do this without that

Mendoza's first children are Caleb who was born in 2009, three years after their marriage. It was the birth of Caleb that resulted in her husband to sacrifice his job to be a stay-at-home dad. However, despite his sacrifice, Burke does not seem to mind it at all. He seems to enjoy being able to spend more time with his son.

In the year 2013, Mendoza's happiness was further extended when she gave birth to her second son Caden. Her husband is the one who spends most of his time with the children, but Mendoza also tries to spend time with her sons as much as possible. Her relationship with her husband and children could not be better and she is happy with her small family.